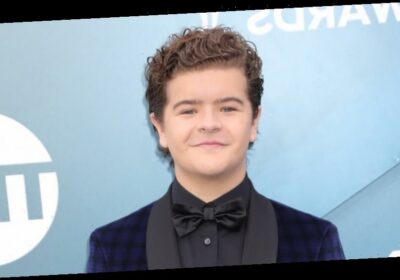 Gaten Matarazzo is opening up about the upcoming season of Stranger Things!

The 18-year-old actor spoke to Entertainment Tonight about what fans can expect from the show’s fourth season.

“I think the tone is definitely matured for sure, and I think they do that on purpose because I think they want their show to mature with their kids,” Gaten shared.

“As we are growing older as people, we have to grow older as characters,” he continued. “[Creators Matt and Ross Duffer are] confronted by this issue, but they embrace it and they use it to their advantage. And they don’t freak out when we get taller or when our voices drop or anything like that. They use it as ammunition for their writing. It’s incredible what they can do. Working with them, it’s just exceptional. Always has been.”

Gaten added that he’d love to do a fifth season of the show if its renewed.

The new season of the show features a ton of new characters. Check out who’s joined the cast here!