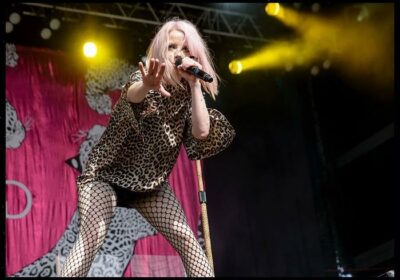 Shirley Manson said in a new interview that she is a big fan of Billie Eilish and hopes the 19-year-old singer is protected from the “nasty” music industry.

“I just think she’s a phenomenal talent,” Manson said in an interview with the New York Post about the teenage sensation.

“I feel like a lot happened to her awfully young, though, and I worry for her ’cause this industry is so nasty. So I hope we all protect her,” the Garbage frontwoman added.

Manson expressed gratitude for the support that her fellow female artists provided over the course of her long career, saying, “I’m very grateful to have the support of my peers, and I think they all know that they have mine. I do believe we’re all in this together, and I think to show a united front is a powerful message.”

Manson’s band Garbage released their new album, No Gods No Masters, on Friday and are scheduled to kick off a tour on August 12 in Austin, Texas, with fellow rockers Alanis Morissette and Liz Phair.