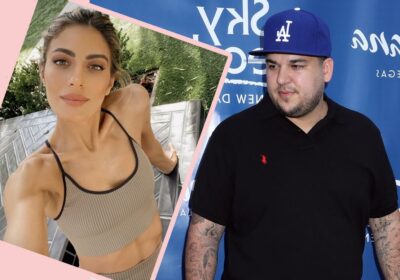 Did Rob Kardashian reveal he’s in a new relationship? And is it even that new? How long has this been going on and we had no idea??

OK, we’re getting ahead of ourselves. Ever since he stepped away from reality TV, it’s been tough for even the biggest fans to keep up with this particular Kardashian. But for once we may have gotten a major peak into his private life, thanks to his own social media accounts.

On his Instagram, which is apparently now run by Jenner Communications, a Story was reposted from fashion designer Nicolas Bijan, who just welcomed a baby daughter on Tuesday. His story was saying thank you for a congratulatory gift of pink roses with the card:

“Roxy & Nicholas, Congratulations! So happy and excited for this next chapter in your lives. Can’t wait to meet your little princess.”

Sweet, right? But here’s the kicker. The note was signed:

That’s right, it was signed from two people. A couple. Not only that, Rob’s IG caption reposting the Story said “We love you!!” We. So who exactly is the “we” here? In his caption, Nicolas tagged exactly who he was thanking: 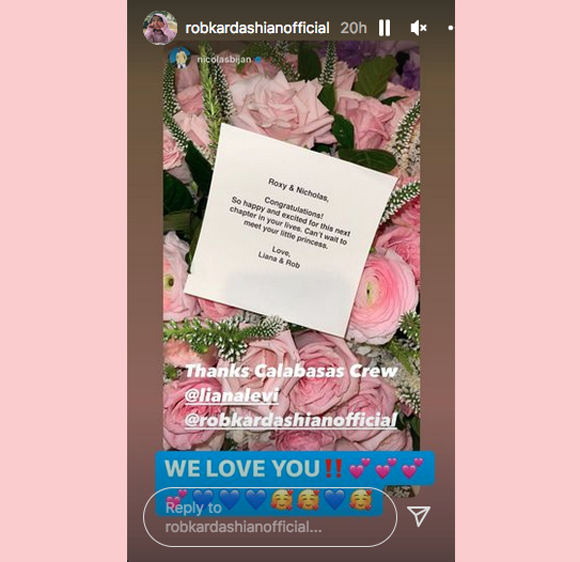 Liana Levi is a fitness guru, the founder of Forma Pilates, who counts many celebs among her classes — including Rob’s little sis Kendall Jenner.

The two have apparently known one another for at least a decade as Rob appears on Liana’s IG going WAY back.

So are they dating though??

Well, both Rob and Liana shared the thank you post, and neither corrected it. So the flowers are clearly from them both. We mean, come on, sending flowers together? That’s absolutely a couple thing, right?? Unless they legitimately just as friends decided to go in together on some flowers.

There’s one other bit of evidence, maybe. Rob just now dropped his assault lawsuit against ex Blac Chyna, after nearly five years of legal fees. It’s just… dropped. He said it was about their daughter Dream, releasing the statement:

“My love for Dream far outweighs my desire to proceed with my claims against her mother in a public trial. Now that the court has ruled that there is sufficient evidence to warrant a jury trial on my claim for assault, for our daughter’s sake, I am dismissing the action and focusing on my co-parenting relationship with Chyna.”

But maybe it’s also because he has other things on his mind? Because he’s happy?

What do YOU think, Perezcious relationship experts? Is Liana Rob’s secret girlfriend? Or is this just a big sitcom-style misunderstanding??