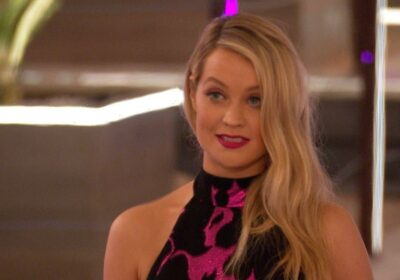 Love Island fans have voiced their belief that the upcoming series, which is due to air next month, should be fronted by a brand new host.

Taking to Twitter, viewers of ITV2's much-loved dating show are calling for current presenter Laura Whitmore – who has fronted the series since 2020 following the death of Caroline Flack – to step down from the role and be replaced by MTV's newest talent, Nella Rose.

Primarily a YouTube star, boasting 717,000 subscribers, 20-year-old Nella started off her career by regularly posting viral videos with her friends, the likes of which included 'Things girls do that boys don't like', 'Growing up in an African household' and 'Things to leave in 2018'.

And just yesterday it was announced that the social media star had landed a brand new role as the presenter of MTV reality series Catfish UK alongside co-host Oobah Butler.

Nella broke the news on Twitter, telling her followers: "ITS OFFICIAL! You are looking at the new host of #CATFISHUKTo be a major part of one of my favourite shows just feels so surreal. I feel like a real TV presenter now. Can't wait for you guys to watch!!!".

Since hearing the announcement, fans of Nella have flocked together to insist that the YouTube sensation also be made the frontwoman of Love Island, with many arguing that she'll be a good replacement of Laura Whitmore, who is married to the show's commentator Iain Stirling.

One fan tweeted, "I pray Nella Rose not only does Catfish, but I pray she does Love Island, Big Brother, Britain’s Got Talent, X-Factor, I hope her CV touches the floor", whilst another added, "I can’t wait until Nella Rose takes over as the Love Island host, right woman for the job".

Love Island has been subject to vast criticism in recent years for its lack of diversity with regards to contestants.

Several fans now believe that hiring Nella Rose as the new frontwoman of the show may increase diversity on the show.

ITV confirmed in August last year that Laura Whitmore, who herself started her television career with MTV and the European News Host in 2008, would continue as the presenter for the 2022 series.

Despite this petitions have emerged to have her replaced by the likes of Maya Jama, Maura Higgins, Chloe Burrows and now Nella Rose.

Nella Rose and Laura Whitmore are yet to comment on the recent fan suggestions.