Home » Celebrities » Fans Are Confused By Kylie Jenner's New Nails: 'How Do You Change Diapers With These'

Fans Are Confused By Kylie Jenner's New Nails: 'How Do You Change Diapers With These' Kylie Jenner is always rocking some sort of new look. Whether she’s switching up her hair, her fashion, or her nails, it seems nothing about her image stays the same for too long. Jenner has recently been spoiling herself on an extended European vacation to celebrate her birthday, and she recently treated herself to new nails as well. But some fans are a little too confused by the look. 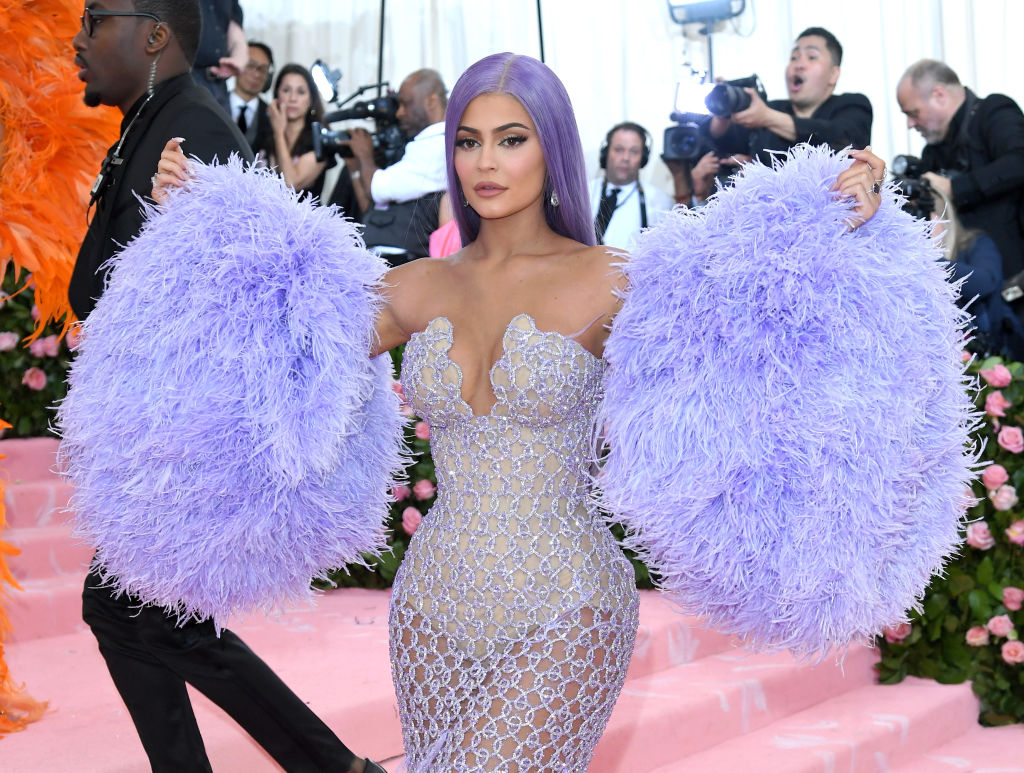 Jenner is known for frequently changing up her style

The youngest Kardashian-Jenner child has built quite a reputation for herself over the last few years. She launched her brand, Kylie Cosmetics, back in 2015 with the well-known Kylie Jenner Lip Kits, and she has since been building an empire. In the process, she’s started to find more of herself and her style. Plus, she’s become a mother while still owning 100% of her business, and she is undoubtedly balancing a lot. One of the ways Jenner shows self-expression is through changing up her look. She’s almost constantly sporting a different hairstyle; it’s long one day then short the next, or green one day and purple the next. And she’s always one to have her nails done.

Fans are confused by her new nails

Jenner has had very long nails for a while, and she seems to take a lot of pride in that look. She occasionally shows off a new manicure, and she recently posted a photo featuring nails that seemed longer than ever. “French Drip,” Jenner captioned the photo, with heart-eye emojis and pink hearts. The nails received some compliments, including from sister Khloe Kardashian. But others were confused by the nails, not so much for their look but more for their practicality. “How do you change diapers with these?” one user wrote. The comment received dozens of likes. “She probably doesn’t,” someone replied. Others posed nearly the exact same question specifically about how Jenner change diapers with those nails.

Though someone suggested in the comments that Jenner doesn’t change her daughter’s diapers, that doesn’t seem to be the case. When Jenner was interviewed about what it’s like raising Stormi while also running an empire, she seemed excited to be so hands-on in her daughter’s life. And the one thing she said she loved the most about parenting was changing her daughter’s diapers. Jenner said that doing something for her daughter, such as cleaning her up, makes Jenner feel less selfish and more like she’s meant to live for someone else now.

She reportedly has several nannies to help her out

While Jenner definitely does the dirty work sometimes, she also reportedly has several nannies helping her care for Stormi. That could be because she has nails that can’t change diapers anymore, but it could also be because she has an incredibly busy life. Jenner owns all of Kylie Cosmetics and just recently launched Kylie Skin, which means she’s had her hands full with her job. This might require some extra help from some nannies, and it’s possible that they are the ones changing Stormi’s diapers these days.