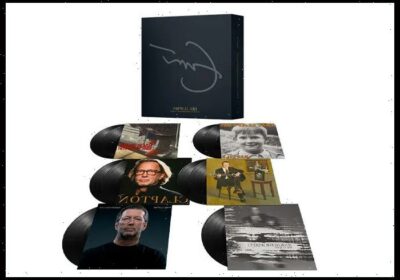 The second installment of a new series of limited-edition, vinyl-only boxed sets of Eric Clapton‘s studio albums for Reprise Records will be released in January.

The second installment features 10 LPs that cover all five albums Clapton recorded for Reprise between 2001 and 2010, plus an LP exclusive to the collection that includes rarities from the same time.

All the albums will be released as double LPs except Sessions For Robert J, which makes its vinyl debut in the collection as a single LP.

Simon Climie, Clapton’s long-time co-producer and engineer, oversaw the definitive remasters included in this collection. All the music was mastered by Bob Ludwig at Gateway Mastering, and the lacquers for the LPs were cut by Chris Bellman at Bernie Grundman Mastering.