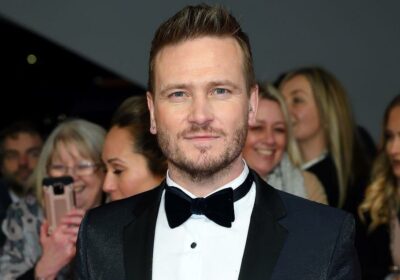 Emmerdale favourite Matthew Wolfenden has opened up about his love of “rummaging” in charity shops for clothes rather than spending his soap fortune on designer clothes.

The soap star chatted on the Chris KaMOREa Podcast about all things Yorkshire including having it instilled in him from his dad to hunt for bargains.

Matthew, who plays David Metcalfe in the soap, told host Chris Kamara: “I'm always looking for a good bargain and to get something cheaper.”

"Growing up, I was always into my designer labels and clothes, and now I'm not at all. I'll get something from a charity shop if it's halfway decent in a window.

"I don't go out there and spend a fortune on clothes anymore. It's just not worth it to me."

Despite putting his nose for a bargain down to being a “Yorkshire man”, the soap actor, 41, wasn’t always so careful with his cash.

He said: “If I look back at the amount of money I must have spent on designer labels when I didn't even have the money to do that. I wasn't in Emmerdale then.

"But I'm not like that anymore, I like having a rummage around in a charity shop instead."

The Dancing on Ice star did admit that his wife and Emmerdale co-star, Charley Webb isn’t quite as careful with cash as he is, particularly when it comes to kitting out herself and the couple’s three sons.

The dad of three admitted Charley, 33, spends “a lot” and loves shopping online.

He said: “Charley buys all the stuff for the kids. The amount of boxes that turn up at our doorstep every day.

"But she's great is Charley, she likes having a look online and she spends a lot on making the kids look good.”

He went on: "That's where all our money goes really. It's for the kids isn't it? That's what is important.

"She's a little bit more frivolous with money. She'll go out and come home with bags full of stuff.

"Whereas I will be very careful. I'm definitely the bargain hunter of the two."

The soap stars met on the set of the show and married in 2018. They are parents to three sons, Buster, 11, Bowie, five, and one year old Ace.

Charley is currently out of the show but Matthew recently teased his wife would return to the soap.

In a chat on ITV’s This Morning he said Charley will likely wait until Covid restrictions are dropped before making another comeback – as current filming regulations can be “tough”.

He said: “She went back for 10 weeks over Christmas for a big storyline, it’s to be honest… filming there at the minute with Covid regulations, it’s tough, really tough…

“I think she [Charley] will be going back when all this has happened, think she will wait until restrictions are dropped.”