Emma Willis, 43, appeared on The One Show back in 2017, joining hosts Ore Oduba, 33, and Angela Scanlon, 35. In the middle of her interview, Ore appeared to branch off topic, asking whimsically: “If you had to pick and mix, what would be your favourite sweet?” Intrigued, Emma began to launch into a poignant answer as she took a trip down memory lane. “Well, one of my all-time favourites, because my grandad always used to have a jar of them in his house,” she said. “And I would literally eat the whole bowl—”

However, at that point, Angela butted in, holding her finger up to stop Emma mid-sentence.

“We’ll come back to that,” she announced. “First we’re going to talk about a little bit of butterscotch because they’re celebrating a very big birthday…”

As the camera cut back to Emma, she looked utterly gobsmacked, her jaw dropping as she let out a bemused: “Oh…”

The rest of the guest howled with laughter after the clip was replayed on the programme.

Angela burst out laughing, looking distressed at reliving the moment, as Ore exclaimed in mock outrage: “Why would you do that?!” 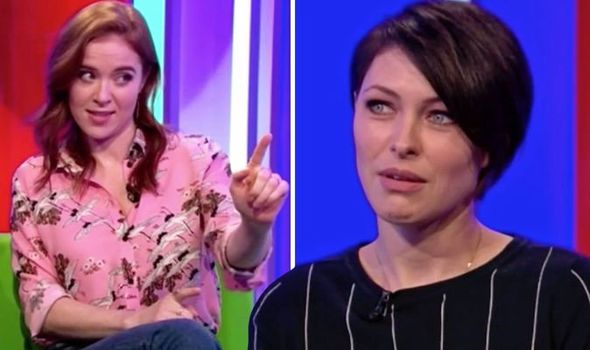 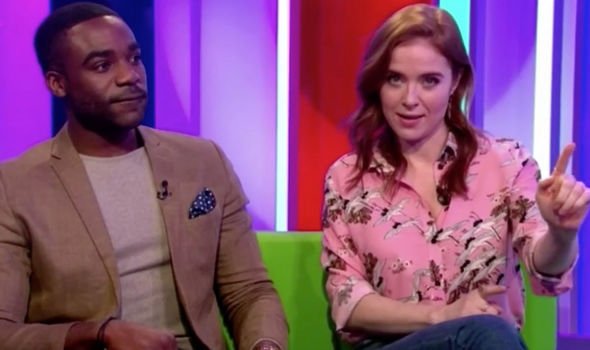 “Here’s what happened,” she said, shifting the blame.

Meanwhile, Angela and Ore were recently confirmed to be returning to hosting duties on The One Show as Alex Jones, 42, bid farewell to depart on maternity leave.

Angela will replace the presenter for two weeks in May and a week more in June, while Ore will also be covering the occasional show. 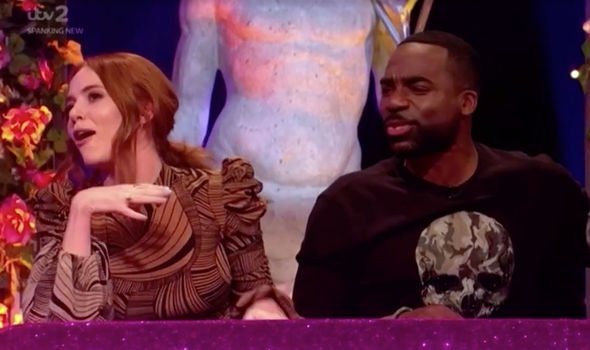 Other hosts who will be standing in for the Welsh star include Angellica Bell, 43, Stacey Dooley, 32, and Michelle Ackerly, 34.

In addition, Emma will be taking her place on The One Show sofa in Alex’s absence for two weeks starting June 3.

Alex is currently expecting her second child with her husband Charlie Thompson.

The couple tied the knot in 2015 and are already parents to two-year-old son Teddy.

The One Show airs weekdays at 7pm on BBC One. Celebrity Juice airs Thursdays at 10pm.