Home » Celebrities » Emily Ratajkowski Is a Mom: "Sylvester Apollo Bear Has Joined Us Earth Side"

Emily Ratajkowski Is a Mom: "Sylvester Apollo Bear Has Joined Us Earth Side" 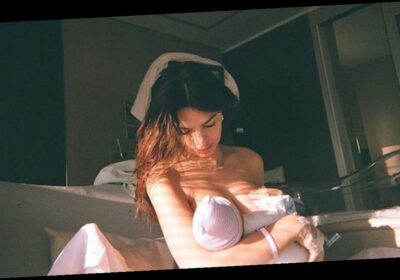 Congrats are in order — Emily Ratajkowski is officially a mom! On Thursday, the 29-year-old model announced the arrival of her first child with husband Sebastian Bear-McClard. Alongside an Instagram photo of herself breastfeeding her newborn, Emily wrote, “Sylvester Apollo Bear has joined us earth side. Sly arrived 3/8/21 on the most surreal, beautiful, and love-filled morning of my life.”

Emily previously explained that the couple is choosing not to reveal the gender of their baby, saying, “When my husband and I tell friends that I’m pregnant, their first question after ‘Congratulations’ is almost always ‘Do you know what you want?’ We like to respond that we won’t know the gender until our child is 18 and that they’ll let us know then.”