Home » Celebrities » Elsa Raven: Back to the Future actor dies at 91

Elsa Raven: Back to the Future actor dies at 91 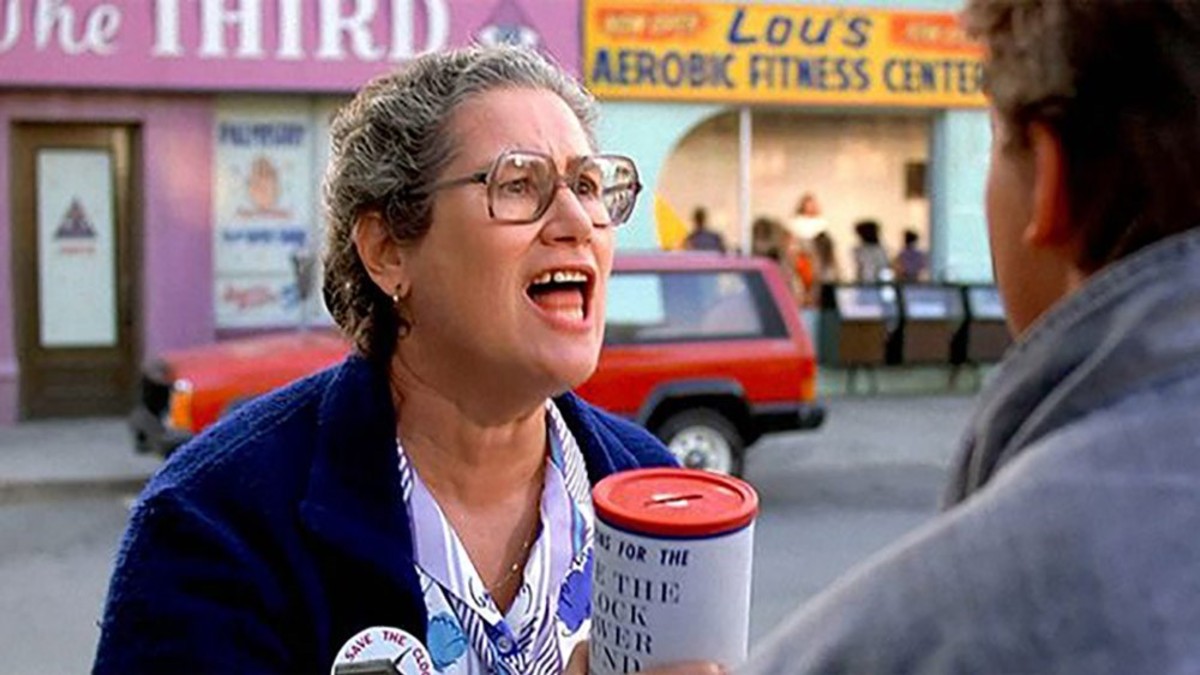 The family confirmed to agent David Shaul that Raven passed away peacefully at her home in Los Angeles. The cause of death is currently unknown.

Raven had a successful career in both television and movies, appearing in numerous productions. However, it was several small roles in massive movies that made her especially famous.

She is best known for her 1985’s blockbuster Back to the Future, where she played a woman advocating to save the famous Hill Valley clock tower.

Her memorable scene earned her the moniker ‘Save the Clock Tower woman’ for the rest of her career.

Elsa Raven appealed to Marty McFly to save the clock tower

In her scene, Raven’s character, a member of the Hill Valley Preservation Society, confronted Michael J. Fox’s Marty McFly and his girlfriend Jennifer (Claudia Wells) just as they were about to share a tender kiss and demanded that they donate money to save the town’s clock tower.

Raven also appeared in 1979’s The Amityville Horror, where she played Mrs. Townsend, the realtor who sold the cursed house. What’s more, she also had a brief role as Ida Straus in 1997’s Titanic.

However, her most consistent work was done on television, where she had roles in Wiseguy and Amen, two series where she featured in multiple episodes.

She played a maid in Amen and Vinnie’s mother, Carlotta Terranova, in Wiseguy.

Elsa Raven had many memorable roles

Movie reviewer Rhett Bartlett posted his condolences to Raven and pointed to her three most famous roles in Back to the Future, The Amityville Horror, and Titanic. 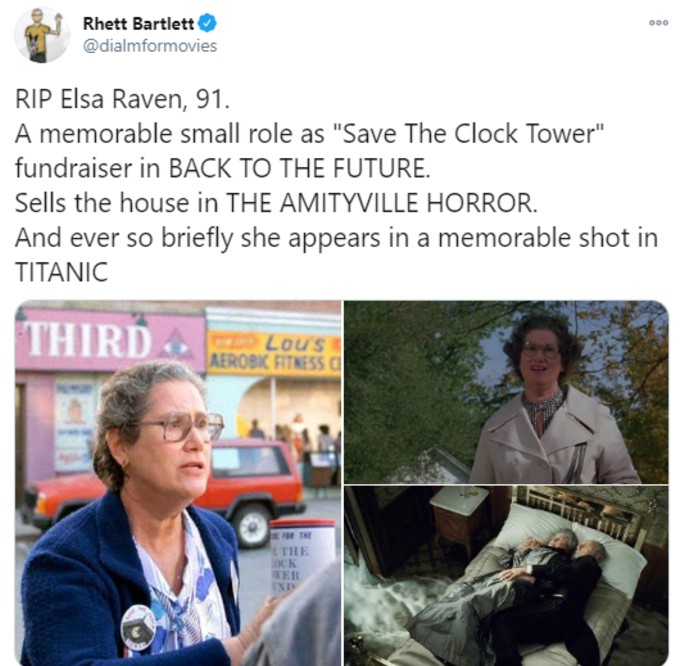 Raven was born Elsa Rabinovitz in Charleston, South Carolina, in September 1929, the same year as the Wall Street crash.

Her acting career was exceptionally long, starting in the 1960s when she appeared in Combat as a ‘village woman at the window,’ and performed her last role in 2011 as Mrs. Harrison in Answers to Nothing.

Back to the Future’s other star performer, Michael J Fox, has recently spoken out about his struggles with Parkinson’s disease and has sadly warned that he may have to give up acting.

The acting community is also mourning the loss of Sean Connery, who died at 90.