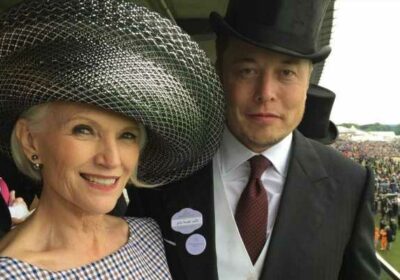 Elon Musk’s house is neither luxurious nor big as he doesn’t even have a spare bedroom for his mother to sleep when she comes to visit him at Boca Chica in Texas.

AceShowbiz –Elon Musk has no spare bedroom for his mom. She reveals she has to “sleep in the garage” when she visits him.

Maye Musk insisted her son isn’t interested in possessions and lives a very simple life although the SpaceX founder may be worth billions, so there is no luxury accommodation when she takes the trip to see him at Boca Chica in Texas.

Maye said, “I have to sleep in the garage. You can’t have a fancy house near a rocket site.” Asked if Elon is interested in possessions, she added to the Times magazine, “No, not at all in that sense.”

The 74-year-old model admitted it is a good thing her entrepreneur son hasn’t always listened to her advice. She said, “He should do whatever he wants. I told him not to do an electric car as well as rockets and he didn’t listen to me.”

While Maye – who also has son Kimbal and daughter Tosca with ex-husband Errol Musk – doesn’t share Elon’s passion for space travel but is open to the idea if her kids encourage it. She said, “You have to have six months of preparation and isolation and that just doesn’t appeal to me. But if my kids want me to do it, I will do it.”

Maye recalled how Elon and Kimbal fulfilled their promise to buy her a house and a car when they sold their software company Zip2.

Reflecting on how she lived in a rented studio flat in San Francisco when she turned 50, she said, “We couldn’t afford to have a birthday party. Then one of the investors in Elon and Kimbal’s company said we could use her home. So the kids picked up not so fancy food and they gave me a little wooden house and a little wooden car and promised me that one day they would buy me the real thing.

“I said, ‘That’s so sweet,’ thinking it would never happen. Next thing you know, that is what they did.”

“But it still took a long time not to live with the fear.” The fear? “There were hard times. Tosca and I were joking the other day about how we all lived in a one-bedroom apartment for a year. For a long time after I left my marriage, I had a pain in my gut. I was so terrified about not being able to feed my kids.”

And Maye insisted her family’s wealth hasn’t changed “anything” for them.

She said, “It doesn’t change anything. My kids are still kind and caring. I still appreciate being here. When I first came to Paris at 21, I had $5 a day. I stayed in a room with one lightbulb hanging down.”