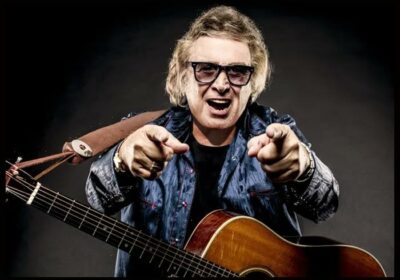 Don McLean will be bringing his American Pie 50th Anniversary Tour to Australia and New Zealand in 2023.

Celebrating the 50th anniversary of one of the most iconic songs and albums, McLean will entertain fans across the two countries. He will be supported by one of Australia’s most revered singer-songwriters, Andrew Farriss.

“I am thrilled to be getting back to Australia with my band,” said McLean. “2022 marks the 50th anniversary of when American Pie landed at the No. 1 spot on the Billboard chart, and we will be celebrating.”

“We’ll be performing songs from the American Pie album plus many of the other hits that fans will be expecting to hear,” added the Grammy-award honoree, Songwriters Hall of Fame member, and BBC Lifetime Achievement Award recipient.

Written by McLean, the eight-and-a-half-minute ballad “American Pie” has been making history since its release in 1971.

McLean’s composition was voted “Song of the 20th Century.”
Handwritten lyrics to the song were auctioned off for more than $1.2 million, and the composition was added to the Library Of Congress National Recording Registry.

“I’ve admired Don McLean since I was a teenager, he is a legendary troubadour, and I am very excited to tour with him and perform for the Australian fans,” said Farriss.

Tickets for the tour will go on sale on Friday, November 11 at 9 am local time.

Australia Tickets are available at www.oneworldentertainment.com.au