Home » Did Danielle Busby From Outdaughtered Get Plastic Surgery?

Did Danielle Busby From Outdaughtered Get Plastic Surgery? 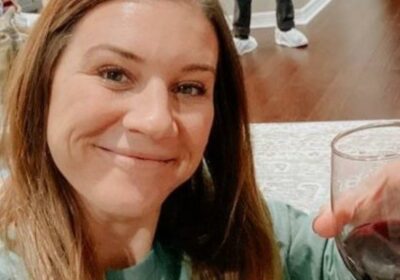 Pregnancy can wreak havoc on our bodies. Many women gain weight that is impossible to lose and even notice permanent changes to their body. So it makes sense that a woman who carried five babies at once would have body issues post-birth. But for Danielle Busby, mom of six and star of the TLC hit show “Outdaughtered,” this doesn’t seem to be the case.

Danielle gave birth to the quintuplets in 2015, previously giving birth to her older daughter, Blayke a few years prior. On the show, it’s clear that Danielle has remained in good shape after the high-risk pregnancy, causing many fans to wonder whether or not she underwent any plastic surgery procedures. She quickly squashed those rumors, explaining that she used fitness and a new approach to food to get back in shape, (via In Touch Weekly).

According to Moms.com, Busby had to consume around 4,000 calories a day to ensure all five babies were getting proper nutrition during pregnancy. With all that added weight, how exactly was she able to stay in such great shape?

How did Danielle get her body back?

According to Distractify, Danielle Busby’s husband, Adam Busby, responded to a comment on his Instagram asking about any surgery for Danielle, stating “No tummy tuck. She is just very blessed with good genetics and a strong work ethic for working out.”

And It’s clear that the mother of six is a fan of working out. Fans often see her engaging in fitness activities on her Instagram and have seen her join forces with fitness brands like Cadi Fitness. The happily married couple also used to own a cycling studio, although that has since gone to the wayside.

Danielle also credits her body to the fact that raising six kids is a workout in itself. According to In Touch Weekly, Danielle says “Most of my days involve the babies, so almost every day, I break out the six seater stroller and go for a walk/jog. I load up the quints and push about 200 pounds around the neighborhood while Blayke rides her bike — now that’s a workout for ya!!”