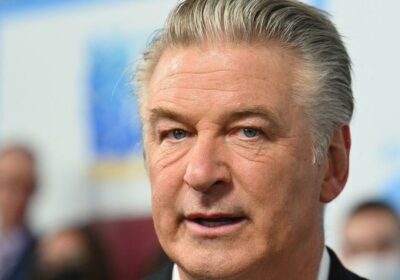 Alec Baldwin has reportedly called all of his upcoming projects following the fatal shooting of cinematographer Halyna Hutchins.

The 63 year old Hollywood actor was filming for the upcoming Western movie Rust in New Mexico on Thursday 21 October, when a prop gun he fired killed the 42 year old and injured the film's director Joel Souza, 48.

And it has now been revealed that the "devastated" movie star is taking time away from the spotlight to process the tragedy and "re-centre himself".

"This was pretty devastating," a source told People. "This is how he handles difficult times. Whenever something bad happens, in the short term, he removes himself from [the] public eye." The publication added that Alec was "hysterical and absolutely inconsolable for hours" following the shooting.

"Everyone knows this was an accident, but he's absolutely devastated," the source said.

The actor was reportedly seen in tears outside the Sheriff's office following the event, appearing devastated about the tragic event.

Alec released a statement after the fatal incident revealing he was "heartbroken".

In a series of tweets, he penned: "There are no words to convey my shock and sadness regarding the tragic accident that took the life of Halyna Hutchins, a wife, mother and deeply admired colleague of ours.

"I'm fully cooperating with the police investigation to address how this tragedy occurred, and I am in touch with her husband, offering my support to him and his family. My heart is broken for her husband, their son, and all who knew and loved Halyna."

Meanwhile, court records obtained by Associated Press revealed that Alec was told the gun he discharged was safe before the fatal shooting.

The Santa Fe Sheriff's department confirmed that Halyna was rushed to the hospital to receive treatment, but tragically she succumbed to her injuries.

Court records state that an assistant director unwittingly handed the actor a loaded weapon and told him it was safe to use in the moments before the tragic incident occurred.

The court report continued that instead, the gun was loaded with live rounds. When Alec pulled the trigger, cinematographer Halyna was fatally shot, and director Joel, who was standing behind her, was wounded.

The Santa Fe County Sheriff's Office obtained the warrant on Friday to allow investigators to document the scene at the ranch outside Santa Fe where the shooting took place.

The records say that the gun was one of three that the film's armorer, Hannah Gutierrez, had set on a cart outside the wooden structure where a scene was being acted.

Armourer Hannah removed a shell casing from the gun after the shooting and turned the weapon over to police when they arrived, the court records say.