Demi Lovato Says She 'Had to Essentially Die to Wake Up' 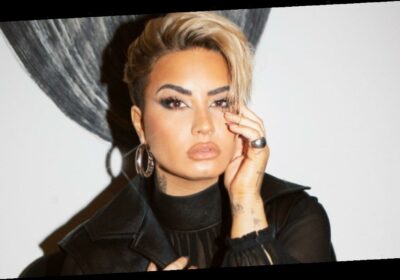 Demi Lovato is awake. The 28-year-old singer is the subject of the upcoming Michael D. Ratner YouTube Original docu-series, Demi Lovato: Dancing With the Devil.

In a new interview with CBS Sunday Morning, which will air in full on Sunday, Lovato says it was her serious 2018 overdose that caused her to wake up.

As she outlines in the docu-series, doctors told Lovato she only had five to 10 minutes to live after her overdose. She describes herself as “grateful” to be here today after the close call.

“For the first time in my life I had to essentially die to wake up,” she shares.

Interviewer Tracy Smith notes that she spoke with Lovato in 2016 where she had a similar conversation about addiction.

“I was probably 24 when we did the interview. So we are doing this interview, I am in recovery from a bunch of things and I have been sober for however many years — but I am still miserable,” she recalls of where she was at the last time she spoke with Smith.

WATCH: Pop superstar Demi Lovato is telling @thattracysmith about her struggle with addiction. A new documentary series explores her addiction, mental health conditions and the 2018 overdose that she says nearly killed her.

The docu-series premiered at SXSW earlier this week and in it, Lovato reveals some shocking details about her overdose and life today. One surprising revelation was Lovato admitting that she is no longer sober in the wake of the overdose.

She shares that she’s “been smoking weed and drinking in moderation.”

“I also don’t want people to hear that and think that they can go out and try having a drink or smoking a joint, you know? Because it isn’t for everybody,” she says. “Recovery isn’t a one-size-fits-all solution. You shouldn’t be forced to get sober if you’re not ready. You shouldn’t get sober for other people. You have to do it for yourself.”

The series shows several of her close friends, including singer Elton John, disagreeing with Lovato’s assessment on sobriety.