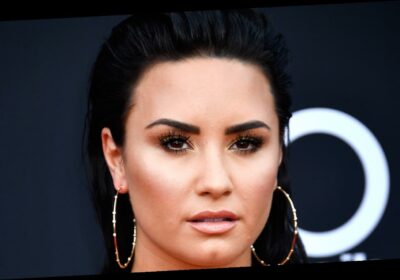 We have some amazing news for fans of Demi Lovato fans – new music is coming very, very soon!

The 28-year-old singer just announced the title and release date of her upcoming album while speaking to fans during a chat on the Clubhouse app.

Dancing With the Devil: The Art of Starting Over will drop on April 2!

The original title was just going to be The Art of Starting Over, but she decided to tie it into her new documentary Dancing With the Devil.

“If you listen to it track by track, if you follow the track listing, it’s kind of actually like the non-official soundtrack to the documentary. Because it really does follow my life over the past couple of years,” Demi said during the chat. “When we went through the track listing and kind of mapped out how it kind of coincided with my life’s story, it made sense to add the more emotional stuff in the beginning and then transition into ‘The Art of Starting Over.’”

There will be 19 tracks on the album and three bonus songs. Three of the songs will be collaborations and there are rumors that one of them might be with Ariana Grande.

The Dancing With the Devil documentary will premiere on YouTube as a four-part series on March 23.