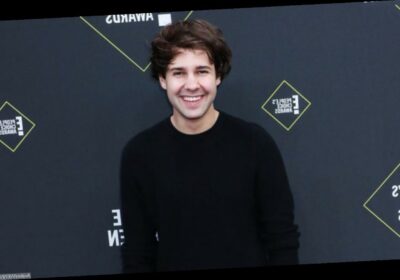 Days after sexual misconduct allegations against his Vlog Squad member emerged, the YouTube star admits that he ‘needed to apologize for [his] past actions and [he has] never done this correctly.’

AceShowbiz –David Dobrik has apologized for the second time. Having expressed his remorse for the sexual misconduct allegations against his Vlog Squad member, the YouTube star doubled down on his apology while announcing that he is taking a “short break” from social media.

“I’ve put myself in a lot of situations where I have needed to apologize for my past actions and I have never done this correctly and I’ve never done this respectfully and my last video is a testament to that,” the 24-year-old pointed out in a YouTube video posted on early Tuesday, March 23. “I don’t want to defend that video, I don’t want to delete that video. I just wanna be clear.”

Dobrik pointed out that he did “fully believe the woman who came out against [Durte Dom].” He then added, “As it was reported, the next day, I got consent to post the video. Even though I got the consent to post that video, I should have never posted it. What I understand now and I didn’t understand before is that she sent that text because she felt like she had to, not because she wanted to and that’s f**ked up and I’m sorry.”

“When she later reached out a couple months later to take that video down, I immediately took it down and I wanna apologize to her and her friends for ever putting them in an environment that I enabled that made them feel like their safety and values were compromised. I’m so sorry,” the Dispo co-founder went on. “I was completely disconnected from the fact that when people were invited to film videos with us, especially videos that relied on shock for views or whatever it was, that I was creating an unfair power dynamic.”

Dobrik concluded his message, “I’m gonna take a short break from all this social media stuff because I realize there’s a serious lack of infrastructure when I make any kind of content and I wanna be able to have a place of checks and balances, I wanna have HR.” He continued, “I wanna be able to have people communicate discomfort in a way that’s comfortable to them and where they don’t feel like their emotions or what they’re doing or how they’re acting is compromised.”

Dobrik previously issued an apology in a video that he put out on YouTube on March 16. This came after an unidentified woman spilled to Business Insider that Dom, a member of his Vlog Squad, got her drunk and raped her during a video shoot in 2018.