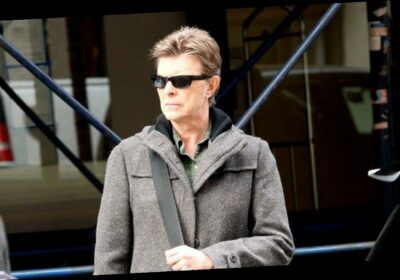 Iman and daughter Alexandria ‘Lexi’ Jones pay tribute to their beloved furry pet Max as they announce on social media that the adorable dog has passed away.

AceShowbiz –David Bowie‘s widow Iman and their daughter Alexandria ‘Lexi’ Jones are mourning the death of their family dog Max.

Lexi broke the news on Instagram by posting a tribute to their pet of 14 years, a black and white Shih-a-poo – a Shih Tzu/poodle mix.

She wrote, “Maxipoo, the best boy a girl could ask for. Thank you for making me smile these past 14 years. I miss your love and hugs, you will be missed. Rest peacefully darling,” followed by three heart emojis, and the post accompanied by pictures and videos of the beloved pet.

While her mother, supermodel Iman, shared a post that read, “When I needed a hand, I found your paw,” accompanied by the hashtag MaxLove.

Max was famous among the “Ziggy Stardust” singer’s fans as he shared an uncanny trait with his late owner, with his differently coloured eyes.

Bowie sadly passed away on 10 January 2016, aged 69, following a private battle with cancer.

Last month, stars like Nine Inch Nails‘ Trent Reznor, Duran Duran, and Boy George teamed up for a concert to celebrate what would have been Bowie’s 74th birthday. They covered the late musician’s singles as part of a 24-hour celebration.

Proceeds from the event, titled “Celebration: Just For One Day!”, were donated to Save the Children, one of the charities Bowie supported with ticket sales from his 50th birthday concert at Madison Square Garden in New York in 1997.