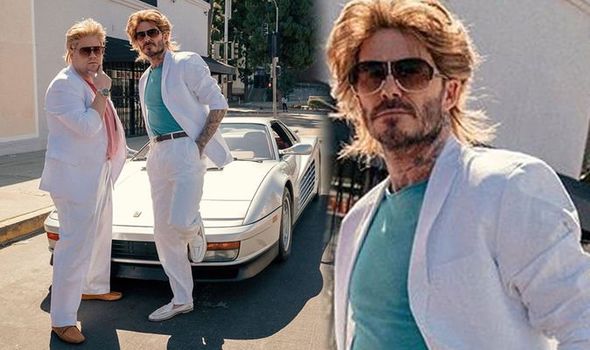 David Beckham took to Instagram today to share a photo with television presenter James Corden following an appearance on his American TV show. The 45-year-old former footballer looked unrecognisable in the snap after transforming himself into a character from 1980s sitcom Miami Vice.

David could be seen in a white suit and a light blue T-shirt in the picture, while James wore a co-ordinated suit with a pink top.

The pair donned blonde wigs and rolled up their sleeves in a style often seen in the popular show.

The father-of-four, who shares sons Brooklyn, 21, Romeo, 17, and Cruz, 15, and daughter Harper, nine, with wife Victoria, was in character for a comedy sketch on the Late Late Show.

“Next stop, Miami baby @j_corden @latelateshow @intermiamicf,” David captioned the snap which he shared with his 63.9 million followers. 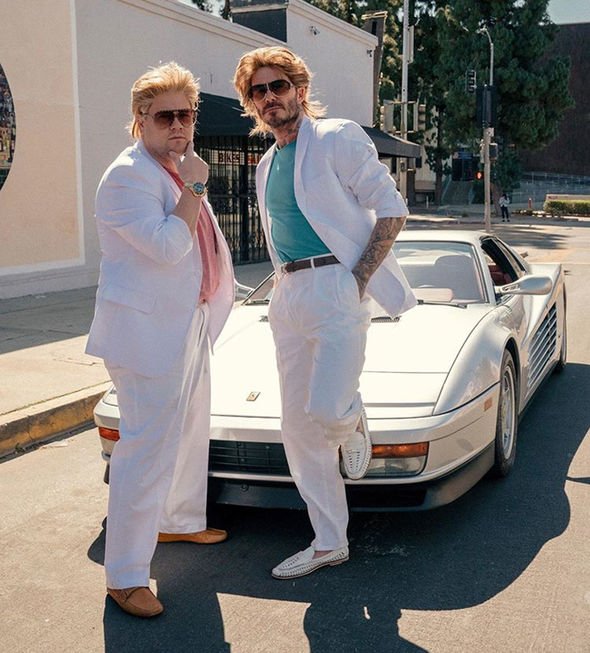 The retired sports star is currently in America to promote his new football team Inter Miami.

“David reminds me of young Chandler,” one Friends fan wrote in the comments section of the post.

“Now I would gladly pay to watch a remake with you two as Crockett and Tubbs. Love this! a third remarked, while former footballer Robbie Keane added: “Brilliant.” 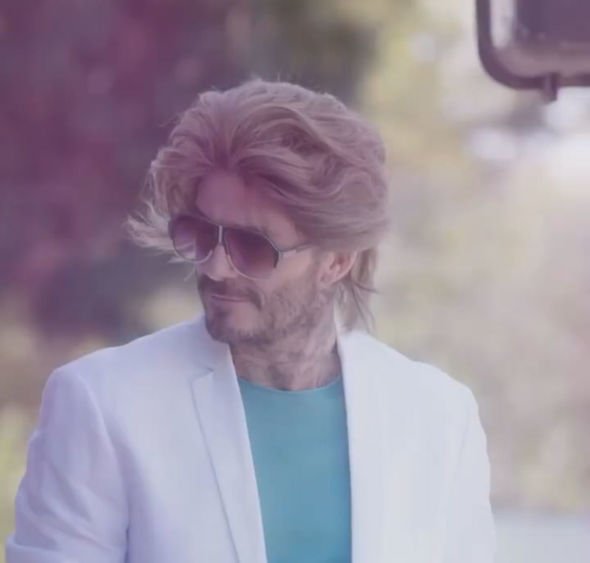 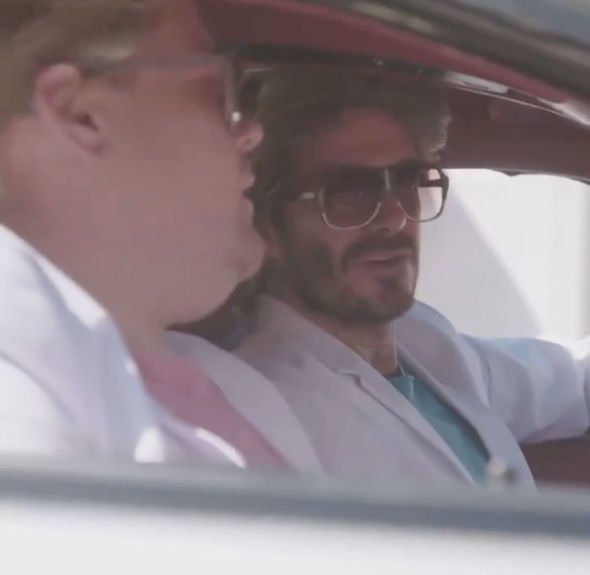 In an earlier post, David said: “Don’t know why I keep doing this to myself but here we go again @j_corden & @latelateshow. The road to Miami #latelateshow @intermiamicf.”

“More like a movie trailer,” a clearly impressed fan remarked.

The short video showed the British pair strutting their stuff in their Miami Vice costumes and jumping into a classic sports car.

“James, are you sure about this?” David asked, turning to the TV presenter.

“Oh yeah. Next stop Miami. Lets go baby,” the host could be heard to reply. 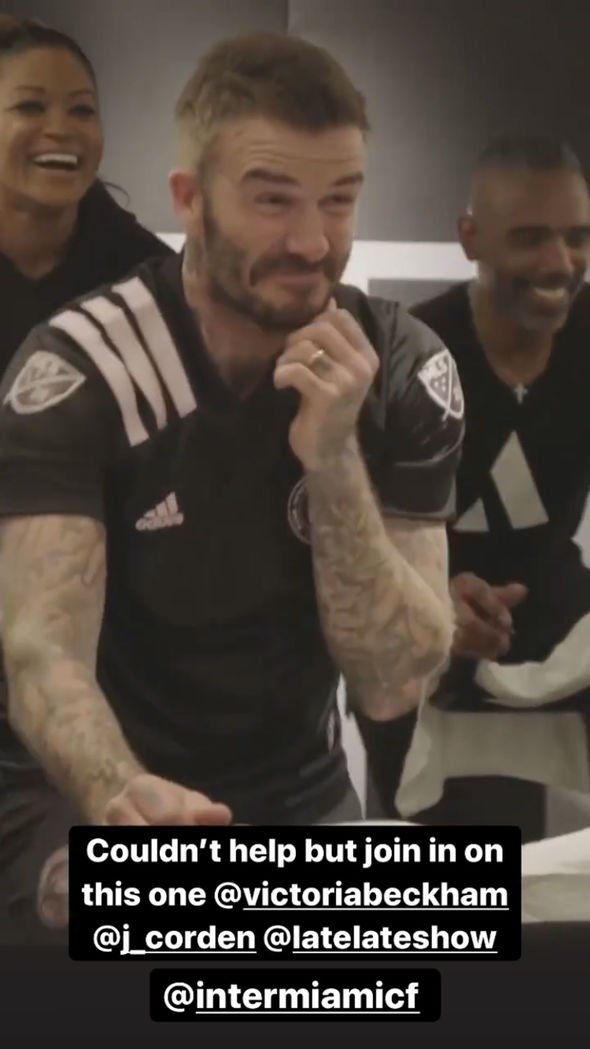 Another sketch shown on the programme last night, showed David taking part in a spin class while famous Spice Girl track Wannabe, featuring his wife, played out loud on the speakers.

James instructed the star, who was on an exercise bike in a class full of people, to move to the music.

He shared a clip on his social media account shortly after and told fans he “couldn’t help but join in.”

Former pop star Victoria said: “Loved watching @davidbeckham on the #latelateshow last night!” When she shared the clip on her own Instagram page today.

She joked: “He did always want to be in the band @latelateshow @j_corden.”