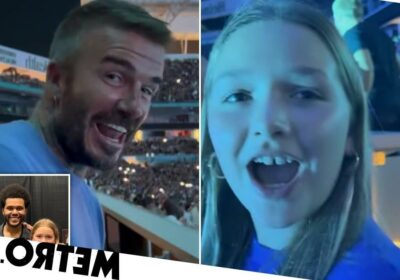 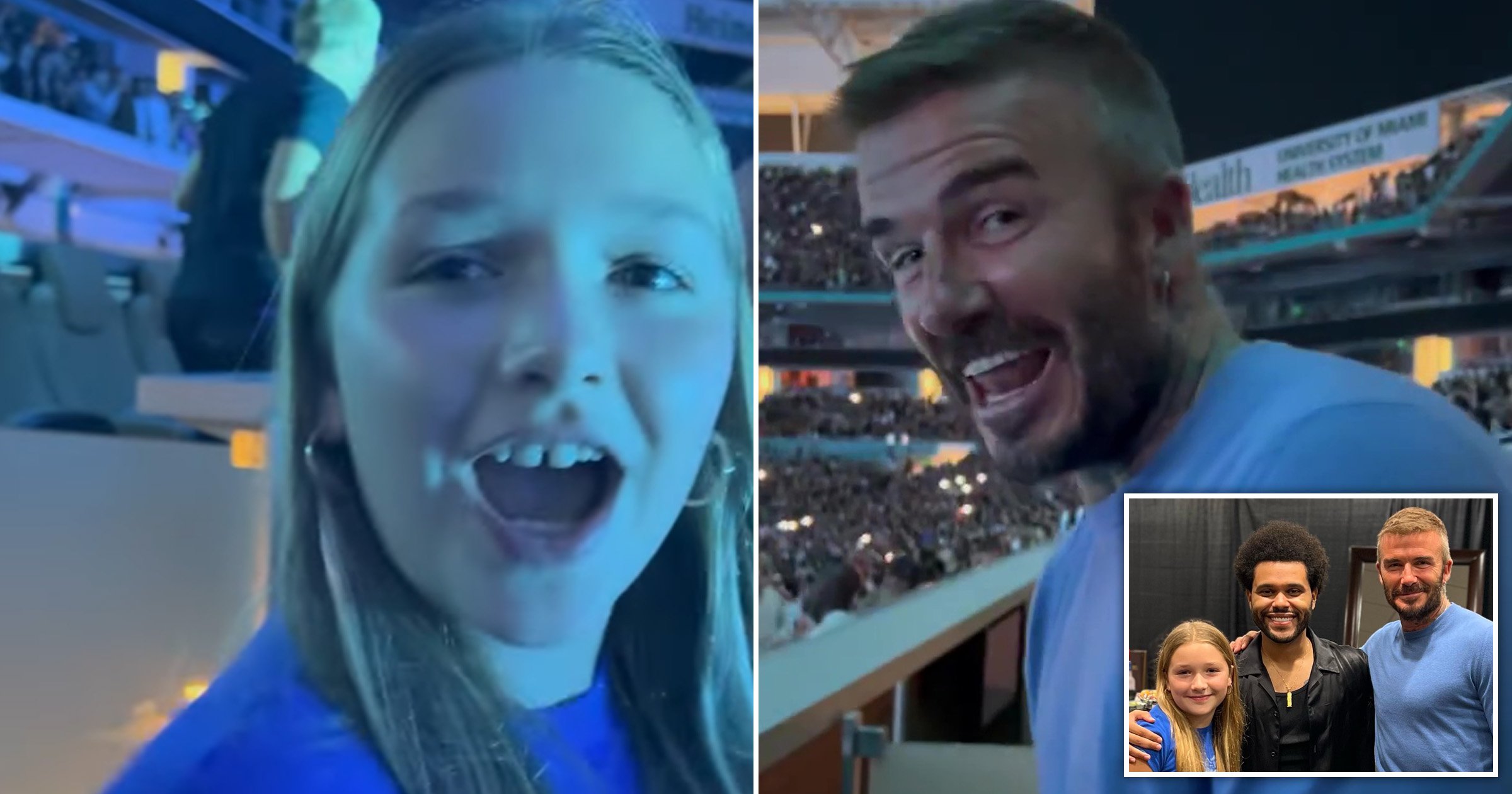 David Beckham took his delighted daughter Harper to The Weeknd’s concert in Miami on Saturday and was a willing participant – even happily singing along at points.

However, he made his daughter laugh hysterically when he was filmed confidently came in with lyrics on the musician’s Song Out of Time, only to find he had pre-empted the star, who chose to speak to his audience at that moment.

Cracking himself up too, the football icon, who was seen lounging on a superyacht earlier this week as he enjoyed some alone time, then pulled a face before swaying as he waited for the moment to come in again.

The doting dad showed he was word-perfect, even debuting the odd dance move, as he sang along to one of his 11-year-old’s favourite acts for her entertainment.

‘Embarrassing dad moment 😂 timing was a little off but we got there in the end and I made HarperSeven laugh 😂,’ David joked in the caption on the post.

He also turned the tables on Harper, with the 47-year-old videoing his daughter as she beamed and sang along with his Daft Punk collaboration, I Feel It Coming.

Quick to repay the favour on her phone so they were filming each other at the same time, Harper was then side-tracked by the staging of The Weeknd’s After Hours Til Dawn Tour show at the city’s Hard Rock Stadium as she was seen exclaiming and panning her camera back around towards the centre of the arena.

The former England captain then shared a photo of himself and Harper meeting The Weekend backstage at his concert, with the Canadian singer – real name Abel Makkonen Tesfaye – standing in the middle with his arms around both of them.

Sharing clips to his Stories from the show too, David was full of praise for the show, which he branded on ‘another level’.

He also added: ‘Abel brings a smile to this little one’s beautiful face,’ with a heart emoji as he showed Harper having the time of her life.

The father and daughter had previously teamed up to wish the Lionesses luck ahead of their historic Euro 2022 final win against Germany at Wembley, with David thanking the team for ‘inspiring’ his girl.

He is also father to three sons with wife Victoria Beckham: Brooklyn, 23, Romeo, 19, who recently played at an Inter-Miami game, and 17-year-old Cruz.

The couple were previously shown enjoying an extensive holiday around the Mediterranean with their two youngest.