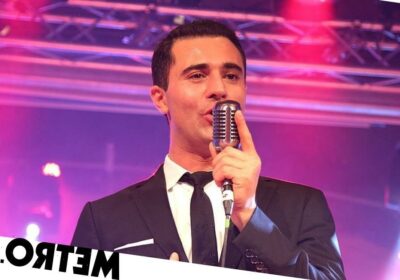 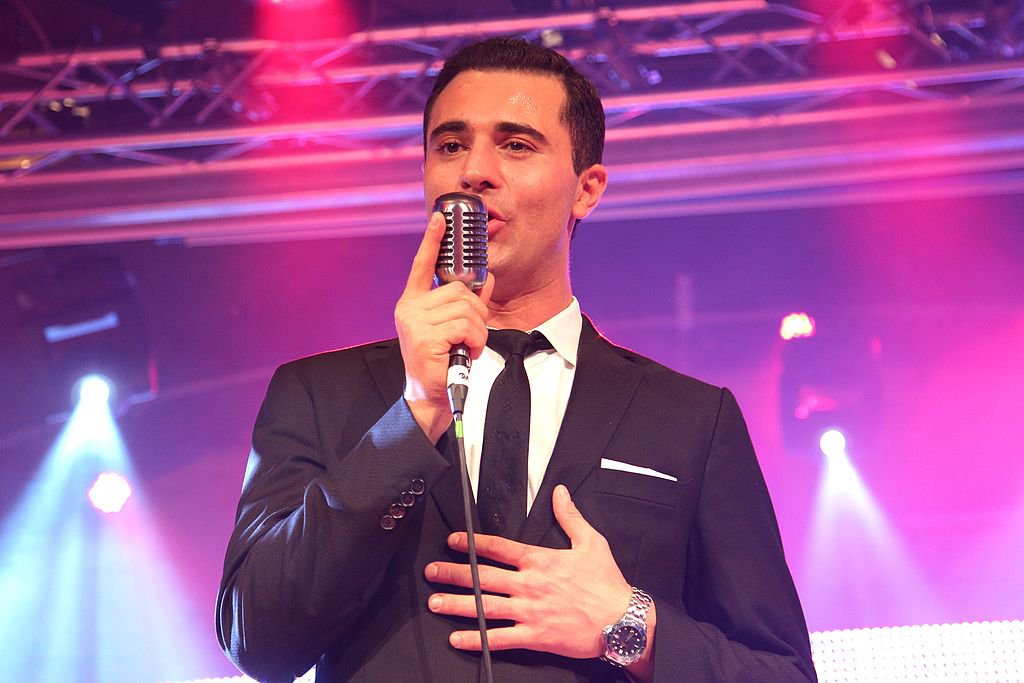 ‘Darius, forget the spiel. Let’s get on with the song,’ said Nigel Lythgoe to aspiring popstar Darius Danesh back in 2001, unaware that he was about to witness a true star being born before his very eyes.

Of course, what followed was one of the most excruciating performances of Baby One More Time imaginable, of which there have been many.

When Darius Danesh auditioned for Popstars on ITV – the reality TV show that formed pop group Hear’Say and was watched by over 10million people – to the public, he was too clever and cocky for his own good.

While Big Brother had made a reality TV villain out of ‘Nasty Nick’, Popstars made Darius the first reality TV ‘laughing stock’.

That could have been his legacy.

For many, we would have hid away, praying footage of us missing the high note that no one asked for would never see the light of day again – unaware that YouTube and social media would of course make the most embarrassing moment of our lives immortal.

Not for Darius, however, who has died aged 41. Instead, he leaves behind the memory of a golden pop career, a belter of a number one single in Colourblind and easily the best redemption arc reality TV has ever seen.

A year after he was eliminated from Popstars – and the cries of an out of tune ‘give me a siiiiign’ were still ringing through playgrounds and pubs up and down the UK – Darius actually brushed off his defeat and faced Pop Idol judges Simon Cowell, Neil Fox, Nicky Chapman and Pete Waterman for another shot at stardom.

He wasn’t going to fade away lightly. And he didn’t.

He was a total triumph, winning over the panel and the vicious public who, overnight, were mincing their words.

Darius only continued to show signs he was in fact a potential pop idol.

He tamed his voice, cut off that slicked back ponytail and after getting nothing but huge acclaim week on week in the live shows performing to record-breaking number of viewers, he eventually came third in what was at the time the biggest singing competition the world had ever seen.

Still to this day, there hasn’t been a turnaround quite like it.

Of course, Pop Idol was won by Will Young, while Gareth Gates came in second place, both going on to have a string of number one singles but in hindsight, Darius’ journey on Pop Idol was actually quite extraordinary.

At 21 years old, Darius’ bravery to face a trial by the public for a second time after he’d been splashed all over tabloids as a joke – even parodied on Comic Relief because his humiliation was deemed fair game – is so far above and beyond the level of courage most of us could actually dream of.

And look how it paid off.

Had he not auditioned for Pop Idol, Darius could have been destined to make his living from club appearances and possibly getting booked for Ricky Gervais’ Extras if he was lucky.

Maybe Celebrity Big Brother would have come calling? Even that was probably unlikely.

Instead, his reliance was the force that paved the way for a platinum-selling album, five UK top five hits, three leading West End stints starring in Chicago, Guys and Dolls and Gone With The Wind, as well as winning his third crack at a reality TV singing contest in Popstar to Operastar.

I’m not going to pretend I am still one of Darius’ die-hard fans, but I know that while his death at 41 is just impossibly sad, he’ll always be remembered as a bit of a ‘legend’. He’s a top bloke with absolute bops who should be celebrated as one of the first true reality TV icons.

If he hadn’t taken that huge leap of faith, determined to prove he wasn’t going to disappear as that guy who almost ruined a Britney classic, his legacy could have been another story.