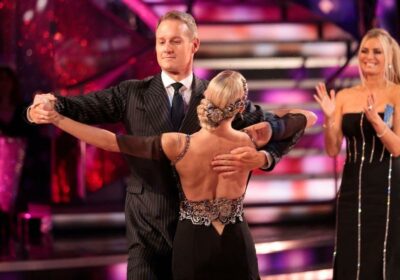 Dan Walker was the latest celebrity to leave this year’s series of Strictly Come Dancing – but some people were happier to see him go than others.

After Sunday’s result show, the BBC Breakfast host tweeted: "Well… what a ride! #Strictly has been a truly wonderful experience for me. I enjoyed every second.

"@NadiyaBychkova is a superstar: kind, encouraging, funny, clever, the best teacher I could ever have hoped for & a great friend. Thanks for the support & thanks for having us."

Dan, 44, who recently hit back at claims the show is fixed, has proved popular with the great British public.

But someone he wasn’t so popular with was his former breakfast show rival, Piers Morgan, who was quick to share his happiness over his reality show exit.

"Lewis Hamilton's won the Grand Prix, Dan Walker's been kicked off Strictly… round off a perfect day by tuning into Life Stories now on ITV," he wrote in promotion of his Life Stories interview with GMB host, Kate Garraway.

He later replied to Dan’s tweet: "You came 5th, mate. She needed a better pupil."

On Monday morning, Dan replied: “Morning. I did think about walking off when @CraigRevHorwood gave me some grief in week 2 but… who does that?”

Dan and his partner Nadiya Bychkova, 32, were knocked out in the quarterfinals after dancing a Tango to Santa Maria by Gotan Project.

The couple received their equal highest score of 31, but it wasn’t enough when they came up against television presenter AJ Odudu, 33 and her partner, Kai Widdrington, 26, in Sunday’s dance off.

Speaking to Rylan on Monday’s edition of It Takes Two, Dan spoke highly of his eleven weeks on the show.

"I've loved every dance we've done and each week has been my favourite," he said. "I told Nadiya on the Monday when she showed me the choreography, I said ‘I already love it, I can't wait to dance it on Saturday’. That was the best I've danced in my entire life, in front of 10 million people. It's a good way to go out."

He continued: "The most important thing is, the best four dancers are in the semi-final. I would have put AJ and Kai through as well because it is important.

“It is an entertainment show but it's also a dancing competition and they're the best, and we've said that from the start, but I don't think anyone's had as much fun as us."

Before leaving the show, Nadiya had an emotional thank you for Dan.

"It was very special to me. I love teaching him but at the same time I learned so much from him," she said.

"You gave me the confidence in front of the camera and you gave me that environment for me where I felt safe and I felt free to be myself for the first time. Your friendship gave me wings to fly again. Thank you very much."

Strictly continues this weekend with the semi-finals, where each of the remaining four couples will take on two dances to try and make the show’s grand final.