Dakota Fanning’s new movie, ‘Sweetness in the Belly’, seems like a bad idea 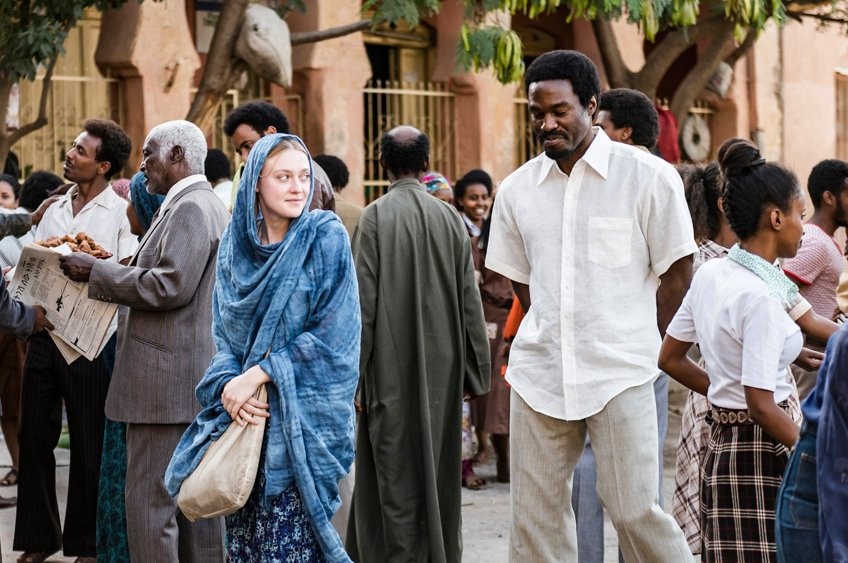 Well, this is something. This is the first promotional still from a film called Sweetness in the Belly. The still was released ahead of the film’s premiere at TIFF this year. When Deadline published it the still and first clip from the film, they wrote that Dakota Fanning plays “a White Ethiopian Muslim In Refugee Drama-Romance.” This is not quite true. Per Deadline:

Dakota Fanning stars as Lilly Abdal, who was orphaned in Africa as a child (of English parents) and escaped to the UK as a refugee, fleeing civil war in Ethiopia. In London, she embraces the Muslim immigrant community, attempting to reunite people with their scattered families. However, her mission isn’t purely selfless: a passionate lost love affair is revealed between her and an idealistic doctor.

Zee Mehari’s (Difret) feature, also starring Yahya Abdul Mateen – II, Kunal Nayyar and Peter Bankole, is based on the fiction novel by Camilla Gibb and is adapted for the screen by Laura Phillips (Combat Hospital). Director Mehari is Ethiopian and the actors speak a combination of English, Amharic and Arabic in the film.

This is based on a 2005 novel by Camilla Gibb, a white, English-born Canadian woman. The book won some book awards in its time, and to be fair, the film is not a Hollywood production, it’s been produced by Irish and Canadian companies. Does it make it any better or worse that the film’s source material is a book written by a white woman, and the book is about a white British woman at the “center” of a story about Ethiopia and Ethiopian people?

So, was this movie a good idea? I can see how there was an idea to adapt a well-liked novel into a film, but just the idea of Dakota Fanning some version of a white savior in Ethiopia…I can’t. Why. for what it’s worth, Dakota saw the outcry online and she posted this to social media. I can see her point too, and she and the filmmakers clearly saw the skepticism towards this film coming a mile away. 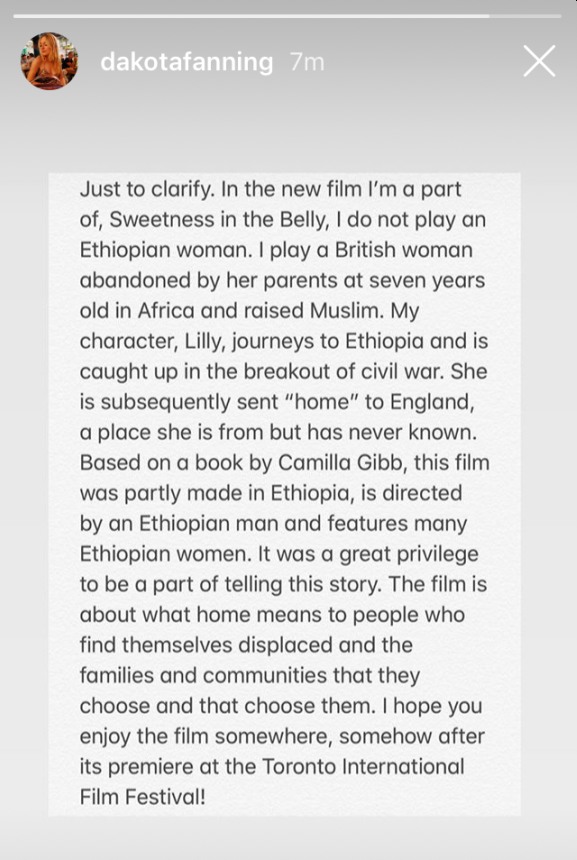 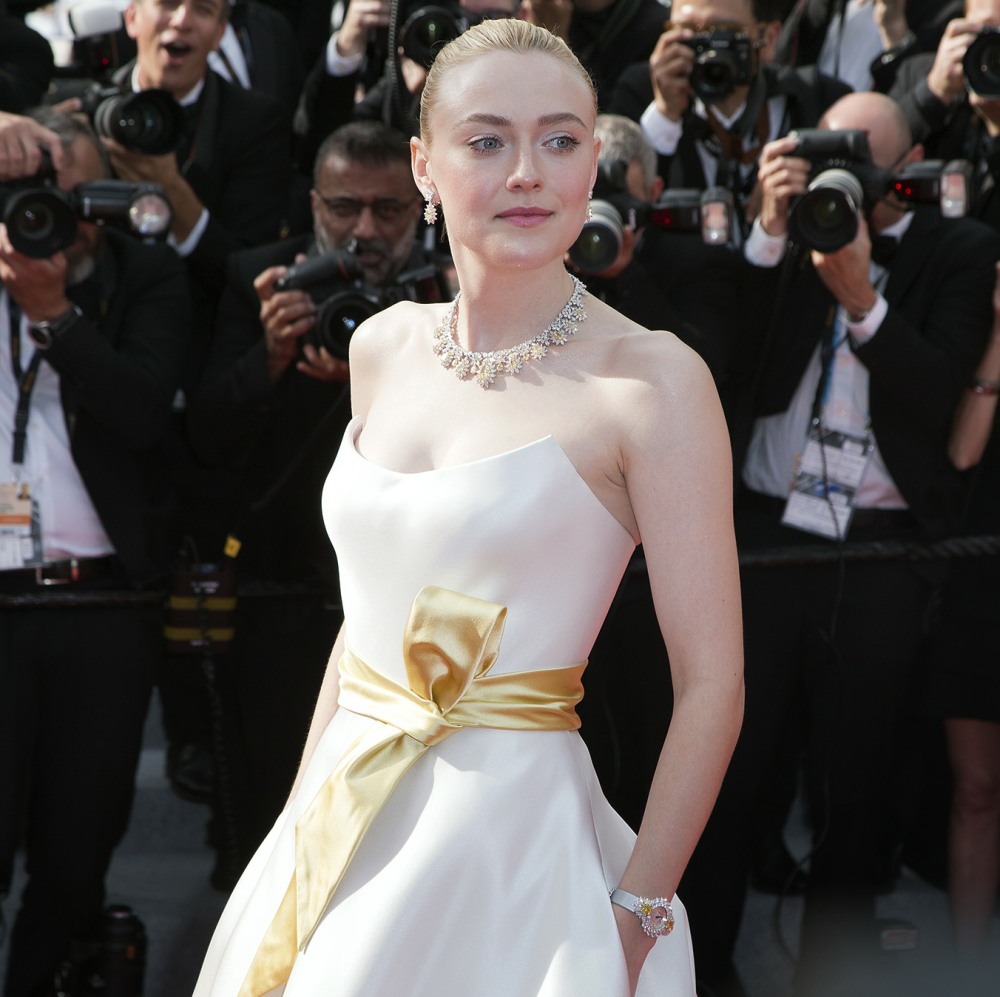