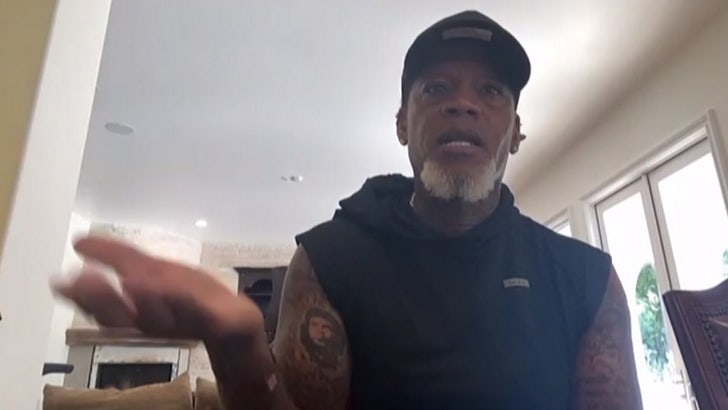 D.L. Hughley wants Kentucky Attorney General Daniel Cameron to get something through his head — celebs are invested in Breonna Taylor‘s case because they’re BLACK. They also just so happen to be celebrities, not the other way around.

The comedian and author joined “TMZ Live” on Thursday and took issue with Cameron warning Kentuckians to not let celebrities, influencers and activists “capture our emotions” in wake of the Grand Jury’s decision not to indict anyone in Breonna’s death.

Cameron said, “There will be celebrities, influencers and activists who having never lived in Kentucky will try to tell us how to feel, suggesting they understand the facts of this case, that they know our community … but they don’t. Let’s not give in to their attempts to influence our thinking or capture our emotions.” By Cameron’s logic, only those who live in Kentucky have earned the right to feel a certain way.

D.L. cites the great Martin Luther King, Jr. — “Injustice anywhere is a threat to justice everywhere.” Point being … you don’t have to live in Kentucky to be a stakeholder.

D.L. says celebrities are speaking out first and foremost because Black celebrities have Black wives, Black daughters, Black nieces and nephews. His passion jumps off the screen.

But, the comedian — like many pro athletes and other famous folks — are outraged that, as he puts it, “the holes in the wall are getting more justice than the holes in our bodies.”

BTW … if you want to read a GREAT book about social justice and racism, read his book, “White People Surrender.”