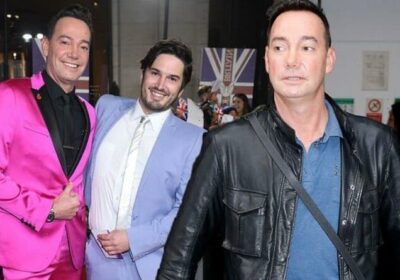 Strictly Come Dancing judge Craig Revel Horwood has admitted that he and fiancé Jonathan Myring have had to postpone their wedding again. Craig and Jonathan have pushed the date back after previously moving the 2022 nuptials to 2023.

The Strictly favourite explained that they were taking their time due to the ongoing pandemic.

However, he has now admitted that he didn’t realise just how “expensive” weddings could be.

Explaining his reasoning the dance pro said: “I have got to pay for it and I did not realise how expensive weddings were. I had no idea!”

Craig reportedly earns as much as £110,000 for each series of Strictly Come Dancing.

In spite of this, it seems that the timings of the wedding preparations were also behind his decision to delay the nuptials.

The couple were previously planning to wed at a church near Rutland Water, which is known to be a witchcraft hotspot, and is said to be one of the most haunted places in the UK.

Now, however, the lavish ceremony is set to take place at the couple’s Victorian mansion, complete with its own lake, that is currently undergoing refurbishments.

Craig continued: “It’s a new house that needs a lot doing to it.

“I thought I would get it done in a year or two but there is no way it is going to be ready.”

Another reason Craig gave for postponing the ceremony again was that his work commitments were getting in the way.

The dancer and TV personality hinted at a 2024 date, as he spoke about his busy professional life.

Bruce Willis’ aphasia has ‘been hard’ for his wife Emma [LATEST]

“I was going to have it this year and then Strictly Ballroom with Kevin Clifton came along and then we put the date until 2023 and now I am working again,” Craig told the Mirror.

Craig and Jonathan met on Tinder and got engaged in March 2020 during a holiday to Tasmania.

It might surprise some to know that Craig has already been married to now-ex-wife Jane, who he met in 1990 when they shared a house together during his stint in Miss Saigon in London.

He admitted that he popped the question in a “rash moment” and that their intimacy “fizzled out” before the end of their second year of marriage.

Now the pair remain good friends and, after the divorce, Craig realised he was gay after previously believing himself to be bisexual.

He moved on with Harley Street pharmacist Grant MacPherson, and they were together for five years until their 2011 split.

Craig’s next relationship was with Britain’s Got Talent puppeteer Damon Scott, and they were together for three years.

Craig has confirmed he will return to judge Strictly Come Dancing this year, leaving fans delighted to see him come back for yet another series.