Cody Simpson Won’t Advance After First Olympics Trial, But His Preferred Event Is Coming Up 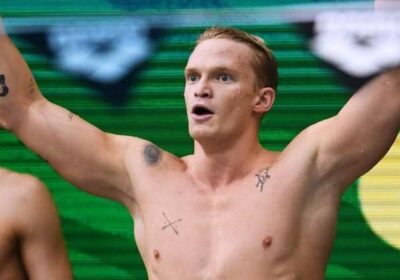 Cody Simpson won’t be advancing to the Olympics after his first swimming trial, but he still has a shot at making his dreams come true!

The 24-year-old singer competed in the 100 meter freestyle event on Tuesday (June 15) in Adelaide, Australia.

Cody finished 23rd out of 92 swimmers. His time of 50.22 seconds was a personal best, but it wasn’t enough for him to advance to the Olympics in that event.

Cody‘s next event, which is his preferred event, is the 100 butterfly.

“I wanted to just get up and do something before the 100 ’fly otherwise I would be waiting around all week,” Cody told the Associated Press. “Just being around all these athletes … I love this, I really want to do this for a while. My goal this meet would be to try to make that final in the 100 ’fly, that would be nice As long as I’m improving, that’s all I can really ask for.”

Cody recently broke his silence about his split from Miley Cyrus.