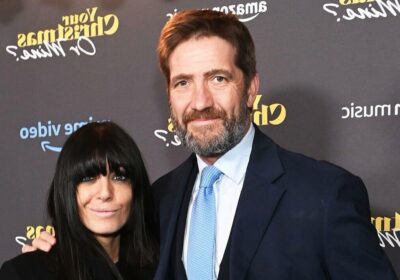 Claudia Winkleman, 50, admitted that her family struggled to get a look in when she was filming her brand-new competition show, The Traitors. The psychological game, which airs tonight, will see Claudia greet 22 strangers in a Scottish castle as they “play the ultimate game of detection, backstabbing and trust”.

The competitors have to seek out which one of them is the traitor “murdering” a different player every night.

If they manage to survive until the end, they have the chance of winning up to a whopping £120,000.

As fans look forward to catching their first glimpse on BBC One, Claudia teased that she herself was completely hooked as the game played out.

So much so that snubbed her husband, Kris Thykier, 50, when he called to update her on their three children: Jake, 19, Matilda, 16, and Arthur, 11.

“I left home for three weeks to do it and I’ve never, I was always like, ‘No, don’t be silly, I’ve got to collect the children’, which is weird because one is almost 20.

“And then I’d have a phone call and my husband would go, ‘Do you know what Arthur did in his spelling test’ or whatever.

“And I was like, never mind that, you are not going to believe what happened at the roundtable!

In a separate interview, Claudia admitted that she found the whole filming process “completely brutal”.

Speaking to the Sunday Times, she explained that the nature of the show meant she had to present it differently to Strictly Come Dancing.

Specifically, she was unable to be friendly with any of the contestants for fear of giving anything away.

She said: “I don’t want you to think I’m horrible. But I have to be distant because I know too much.

“They know I’ll look after them and I’ll give them a little squeeze and all that, but it’s dog-eat-dog. They tear each other to pieces.”

The Traitors airs weekly, Tuesday-Thursday, at 9pm on BBC One. Tune in tonight to watch the action begin.