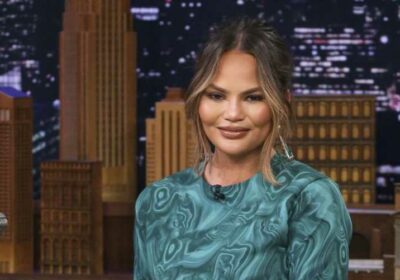 Chrissy Teigen showed up on Watch What Happens Live! this week and spoke at length about Khloé Kardashian’s recent leaked unedited photo—saying she talked to her therapist about it.

“Honestly, I went a million different ways,” Chrissy said, per People. “I actually ended up talking about it in therapy, oddly enough, because of my own body insecurity issues and what celebrities have done to people in distorting their image of what a real human body looks like.”

Chrissy continued, saying, “You get frustrated because…I look at Khloé and of course I’m like, you’re so beautiful, you’re so strong. The change that she’s made to her body she’s so proud of and everybody’s so proud of. And you want somebody to be like ‘fuck yes this is my body—in any light.’ At the same time, I’m like ‘my god, anyone’s able to say and have any kind of portrayal of their body that they want people to see.’ If she didn’t want that photo to be out, she didn’t want that photo to be out. And that’s fine too.”

She added, “I think there can be two truths,” and said “[The internet] can’t possibly believe that someone could not want this photo to be out but also be proud of that photo. But yeah, I know that if something like that had happened to me, I would want people to know that this is a strong, powerful photo of myself and I’m proud of it. “

As a quick reminder, a private photo of Khloé was recently posted online without her permission, and then began getting pulled down from social media accounts, causing speculation that the Kardashians were attempting to delete it.

Khloé ended up posting a live video of herself and releasing a statement on the photo, saying: “Hey guys, this is me and my body unretouched and unfiltered. The photo that was posted this week was beautiful. But as someone who has struggled with body image her whole life, when someone takes a photo of you that isn’t flattering in bad lighting or doesn’t capture your body the way it is after working so hard to get it to this point—and then shares it to the world—you should have every right to ask for it not to be shared—no matter who you are.”