Chris Stapleton, Eric Church snag 5 CMA nominations in the same categories, including entertainer of the year 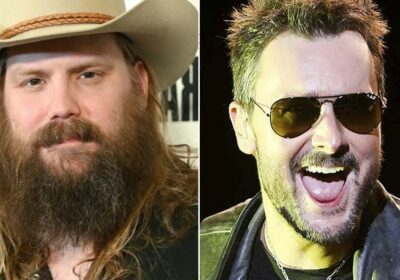 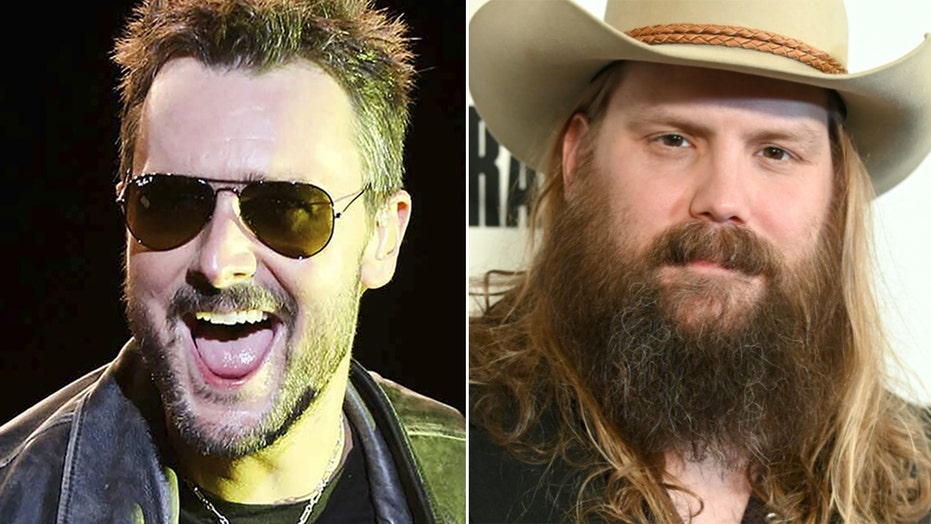 Chris Stapleton and Eric Church are among the top contenders for the upcoming Country Music Association Awards, scoring five nominations each in the same categories, including entertainer of the year.

In nominations announced on Thursday, Stapleton leads with seven nominations including male vocalist, album of the year, single and song of the year, and two additional nominations as a producer both on his album and single. Church, who put out a three-part album in April collectively called “Heart & Soul,” earned five nominations.

They join Miranda Lambert, Carrie Underwood and Luke Combs as entertainer of the year nominees. Lambert, who is also nominated for female vocalist and musical event, was already the most nominated female artist in CMA history and now ties with Brad Paisley for third in overall nominations, the CMA said in a news release. The CMA Awards will air on Nov. 10 on ABC.

Gabby Barrett had another good year with the success of the No. 1 hit country song, “The Good Ones” and she earned four nominations for female artist of the year, new artist, single and song of the year. 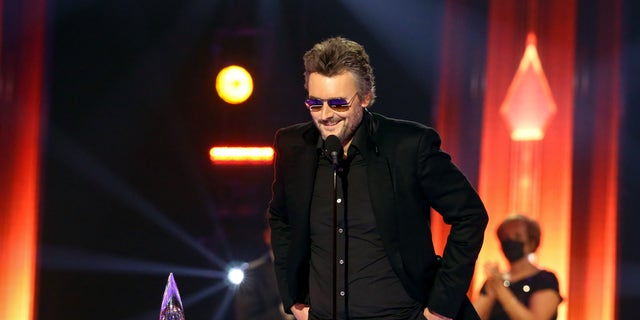 Eric Church won the 2020 CMA Award for entertainer of the year.
(Terry Wyatt/Getty Images for CMA)

Disgraced country star Morgan Wallen, who was caught earlier this year yelling a racial slur, still got enough votes to secure a nomination in one of the top prizes, album of the year. The CMA Board of Directors announced earlier that Wallen would be disqualified for individual awards, but he would be eligible for awards that honor an artistic work. Wallen’s “Dangerous: The Double Album” spent 10 consecutive weeks on the top of the all-genre Billboard 200 chart, making it one of the best selling albums of 2021.

Carly Pearce is the lone female artist in the album category with her record “29.” The first part of Church’s trilogy called “Heart” was nominated in album category and “Skeletons” by Brothers Osborne also earned an album nod.

Combs could add another male vocalist of the year trophy to his shelf. He took home the award the past two years and is nominated again, as well as for song of the year for “Forever After All.”

Chris Young and Kane Brown are not only friends, but co-nominees too, as their duet “Famous Friends,” is nominated in three categories, including single of the year, musical event and music video. Young earns five nominations in total because of his role as a producer on the song. Despite having a string of multiplatinum country hits, like “What Ifs” and “Heaven,” this is the first-ever CMA nominations for Brown.