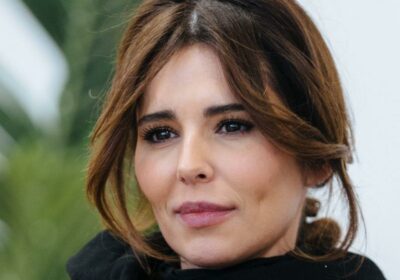 Cheryl has revealed she's considered adopting another child after having her attitude about having a second child change during the pandemic.

The 39 year old is the mum of son Bear, five, whom she shares with her ex-boyfriend Liam Payne, 29, and has in the past been open about her wanting a second child, possibly from a sperm donor.

However, she has now changed her mind. At the beginning of the pandemic in 2020, the former Girls Aloud singer began to wonder if adoption would be a better option.

She said that she initially wanted a smaller age gap between Bear and a possible second child, as they'd then be interested in the same things.

Talking to MailOnline, Cheryl said: "I was so hell bent on having another before because Bear was at that perfect age. I think if you have that couple year age gap, you can still do things with them together where they're both engaged and both interested."

She added: "Also in the process of the pandemic I looked around at the world and thought this world is a bit crazy. Is it a sensible idea to bring a soul into all into this madness?"

However, she did mention that adopting another child could still be in the cards, but for now, Cheryl's focus is purely on Bear, who will celebrate his sixth birthday in March.

When asked about the plans for his upcoming birthday, the singer revealed: "I'm gonna spend it with him and he is very headstrong so he will let me know what we're going to be doing!"

Cheryl first met her ex-boyfriend Liam when auditioned for The X Factor at the age of 14 in 2008 when she was one of the judges on the talent show.

They started dating back in 2016, after Liam had gained fame from being a member of the popular boyband One Direction.

Cheryl and Liam continued to share loved-up snaps online and appear at events together, and later that year rumours started to circulate that she was pregnant after she appeared to have a bump.

The couple kept her pregnancy private, but in March 2017 they announced the birth of their baby son on Instagram.

Cheryl posted a sweet snap of Liam cuddling their son, and wrote: "On Wednesday 22nd March Liam and I became parents to an incredibly beautiful, healthy baby boy, weighing 7lb 9 and looking like a dream.

"Although he still doesn't have a name he is already stealing hearts. We are all madly in love and overwhelmingly happy with our little arrival. Happy Mother's Day to all the mothers around the world. A day that now has a different meaning to me forever."

They went on to name their little one Bear Grey Payne, but have been careful to keep over details about his identity private over the years.

After deciding to call it quits in 2017, Liam and Cheryl now co-parent their five year old son.