Charli Baltimore Admits to Throwing Notorious B.I.G.’s Jewelry in Pool Because of Jealousy 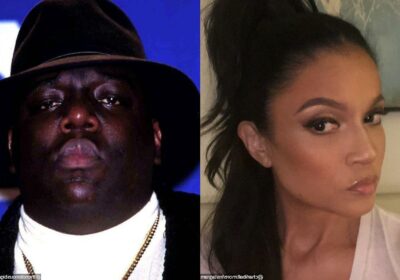 Sitting down with ‘The Art of Dialogue’, the former girlfriend of the late rapper recalls her explosive argument with Biggie that ended with his pricey watch and ring sitting at the bottom of a hotel pool.

AceShowbiz -Being involved romantically with The Notorious B.I.G. in the 1990s, Charli Baltimore has memories about the hip-hop icon, but not all of them were sweet. The rapper/songwriter, whose real name is Tiffany Lane, once had a blowout fight with her then-boyfriend which ended with his jewelry sitting at the bottom of a hotel pool.

Sitting down with “The Art of Dialogue”, Charli confirmed the story that was first revealed by P. Diddy‘s former bodyguard Gene Deal. The 47-year-old reality TV star said she had flown out to Biggie weeks before that fateful night.

“That actually happened in Cali, that was the argument that we had,” Charli recalled. “We had a huge fight in Cali, wrecked the hotel room.” Admitting that she went into a rage, she shared, “I believe it was a crazy, super expensive watch that Puff had bought for B.I.G. for Christmas and a some crazy ring that B.I.G. had just got and I threw it off the balcony into the pool.”

Charli went on divulging that the fight broke out over “girls.” She explained, “It was over some pictures that he had of, let’s just say, he was in some compromising positions and he had taken some pictures with a disposable camera of himself and a girl.”

Charli said Biggie denied it was him in the pictures, but she wouldn’t believe what he said and that’s when things escalated.

During the interview, Charli also recounted the first time Biggie heard Tupac Shakur‘s diss track “Hit Em Up”. She claimed that the “Big Poppa” MC was taken aback by how disrespectful his former friend got on the song.

“The whole mood just changed,” she recounted. “A video shoot is supposed to be upbeat, happy, whatever and Big is like, ‘Are you f**king serious right now? Serious? This is what we’re doing right now?’ It was just shock. It was just crazy.”