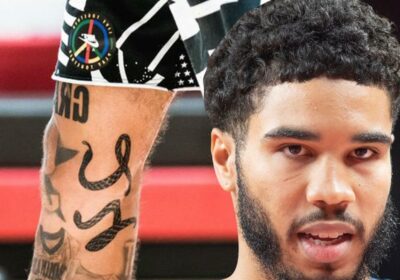 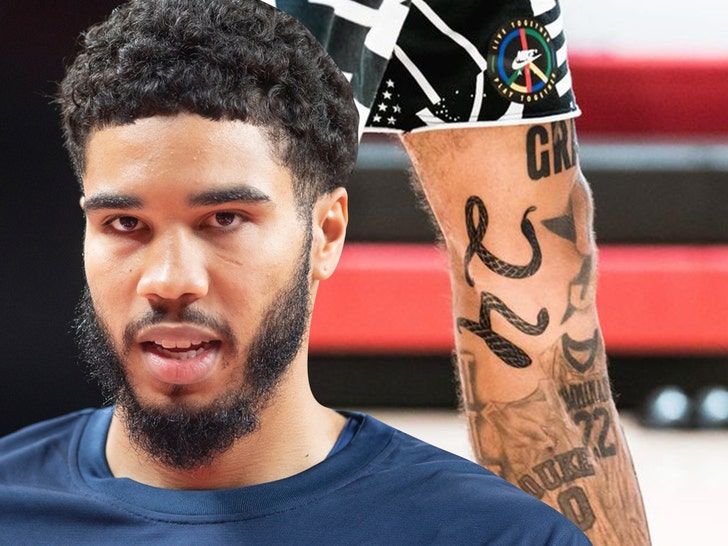 Jayson Tatum has become the latest NBA superstar to honor Kobe Bryant with a tribute tattoo … and the Boston Celtics superstar’s new artwork is AWESOME.

The 23-year-old revealed the ink this week … showing off two black mamba snakes on the inside of his knee that form the shape of a “24” — Kobe’s old jersey number.

The tattoo artist who did the piece, Steve Wiebe, tells TMZ Sports … Tatum got the work done in Los Angeles this month — sitting for an hour and a half to get it all completed.

Of course, Tatum is a HUGE fan of Kobe’s … he’s said often Bryant was his favorite player growing up — and he’s talked glowingly of the time the two spent together.

In fact, Tatum and Kobe would work out together from time to time in offseasons … and Tatum has said the drills with the Lakers legend helped mold his game.

As we previously reported, plenty of NBA players have gotten Kobe ink on their bodies after the Hall of Famer died in a helicopter crash in January 2020.

LeBron James, Anthony Davis and Matt Barnes all got tats after the tragedy. Vanessa Bryant and celebs like The Game and Snoop Dogg also famously got tribute ink as well.