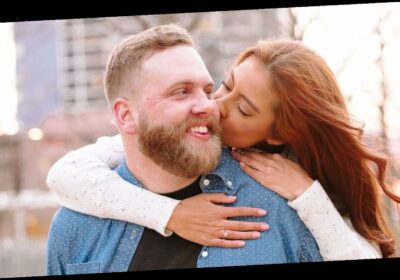 The Ladies of London alum confirmed via social media days after the new year that boyfriend Sergio Carrallo popped the question during a trip to Nepal. The engagement came less than six months after the pair made their relationship Instagram official. Stanbury was previously married to Cem Habib, from whom she split in December 2019. The exes share daughter Yasmine and twin sons Aaron and Zac.

Weeks after confirming her engagement, Stanbury defended her relationship after receiving negative comments about the more than 10-year age gap between her and her fiancé. “Why is this so shocking?” she told Bravo Insider, noting that the reaction isn’t as severe when men date younger partners.

Prowant, for her part, checked two big milestones off of her list within a few weeks. At the beginning of the holiday season, the MTV reality star revealed that she was expecting her first child, a baby boy, with then-boyfriend Gus Gazda. Soon after breaking the happy news, Gazda proposed.

“On cloud nine 💍,” Prowant gushed via Instagram on January 2, showing off the romantic moment that Gazda got down on one knee. “The love of my life asked me to spend forever with him tonight on my 27th birthday. Today has been more than I could have ever imagined. I can’t believe I get to marry my best friend and bring our son Gray into this world soon.”

The Florida native thanked her “kind, caring, strong” fiancé for always standing by her side — even through tough moments. “Gus, you’ve picked up the broken pieces of my heart and put them back together one by one. You never cease to amaze me. I can always count on you!” she wrote. “I know with you by my side I can get through anything. I would say yes over and over and over again. Every single time. Now…Let’s plan a wedding 🤍.”

Scroll down to see which stars got engaged in 2021.