Former Countdown presenter Carol Vorderman, 59, has spoken out after being inundated with messages from fans about a video she shared, which showed a plane appearing to land safely with a missing wing. The Maths Factor founder retweeted the surprising clip, entitled “when it’s not your time to die”, in view of her 452,000 Twitter followers last night.

However, many users were quick to alert Carol that the video isn’t real and was a promotional gimmick.

One fan shared an article about the story behind the clip and wrote: “Not real, Ma’am…”

Another added: “It’s not real though Vorders. It was an advert for a German clothing company called Killathrill.” 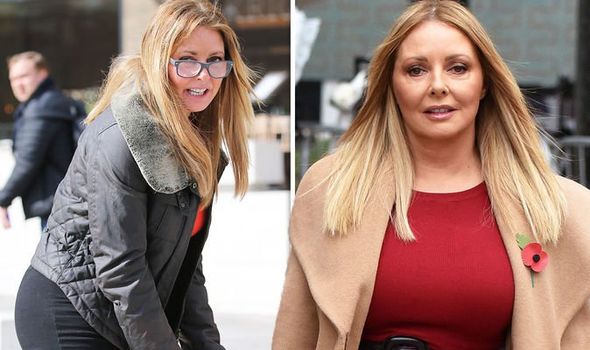 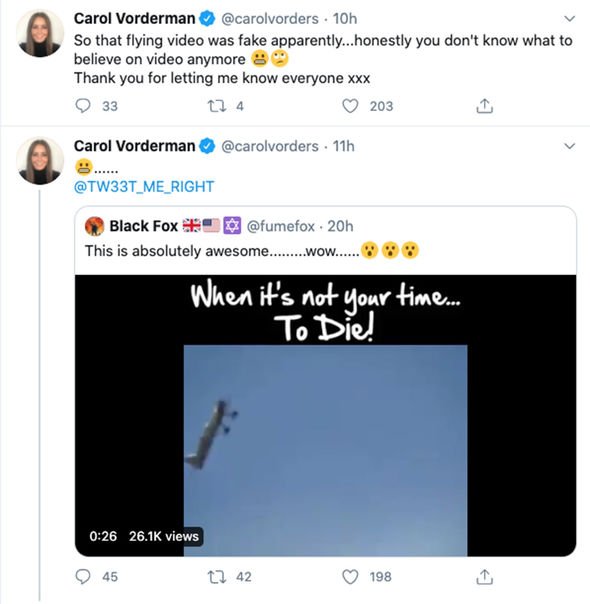 “It’s been around for years, it’s fake,” a third person commented.

However, a fourth Twitter user reassured Carol that the concept was “possible”, replying: “Seen similar video before but shows two planes colliding one loses a wing and lands safely, so not so doh Vorders. On YouTube somewhere so it’s possible.”

Carol then addressed the situation in a separate tweet and insisted “you don’t know what to believe on video anymore”.

The star admitted: “So that flying video was fake apparently…honestly you don’t know what to believe on video anymore. 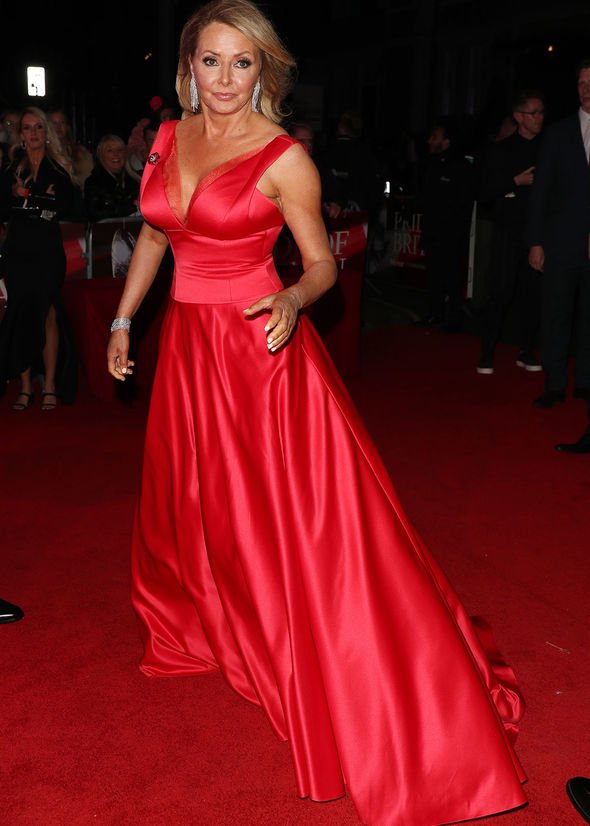 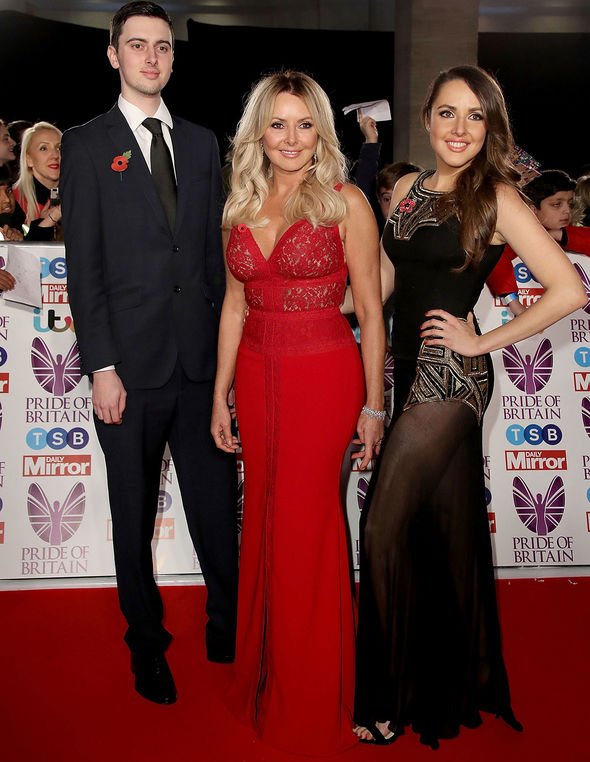 One person wrote: “No shame Carol. I think I was a recently qualified PPL when I saw it and totally believed it. Some guys at the flying club set me straight and told me it was a fake.”

Another responded: “Was soooooo obviously fake! The landing alone showed it up.”(sic)

A third fan revealed: “I fell for it also don’t worry!!”

Elsewhere, Carol shared some big news about her family on social media earlier this month.

Over a series of tweets, the television personality focused on her youngest child, son Cameron King, 23.

She is also mum to daughter Katie, 29, from her relationship with ex husband Patrick King.

Carol began: “My son Cameron was born with the severest dyslexia & ADD, by the age of 6 many schools had refused to accept him.

“He went to a ‘special school’ for 4 yrs. Then to mainstream where he was bullied (common for kids like him). At age 16 he changed to a school which was kinder.”

Carol continued: “Cam has only ever wanted to be a video games designer. He’s profoundly bright, hard working and a good person. In spite of his slower start in life, this week he got this…”

She then revealed: “FIRST CLASS B.A. Honours Degree in Animation #HisTimeToShine. I couldn’t be more proud of him.”

The proud mum-of-two went on to say her son is planning on moving to Scotland “to do his Masters Degree in Animation & Video FX at Dundee Uni”.