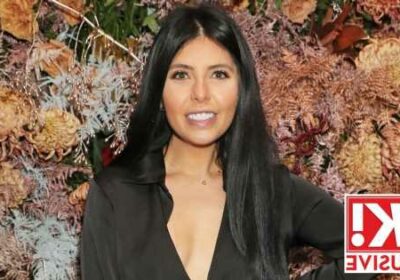 But when we catch up with the mum of two, she tells us that unlike most mums at the gates, she didn’t end up in tears.

However, the former Love Island star, who won the show with husband Nathan Massey back in 2016, does admit that the run up to the big day was “stressful”.

She explains: “I’ve accumulated a lot of uniform, because every time my mum and nan went shopping, they bought more parts of the school uniform. It’s going to last me until he goes to senior school!”

Luckily for Cara, who lives in Essex and is also mum to two year old Delilah, she did get a bit of assistance from her family when it came to the dreaded labelling of the uniform.

She says: “The day before he started, I went round to my nan’s and she washed and ironed it all and sewed name tags into everything.

“Everything’s all immaculately pressed. I don’t know what they taught them in the 50s and 60s, but they can sure do some good washing!”

Even though she didn’t cry, Cara does admit that Freddie moving onto the next stage of his life has brought up lots of emotions for her.

She explains: “I’m not one of those mums that cries over everything and has to keep every picture. I’m not an overly sentimental person.

“But one day before Fred started school I just got really sad and emotional about it. My babies are growing up! Parenthood is a strange place with many different emotions and feelings.”

But how did Nathan, 30, who works as a builder, feel about Freddie’s big day? “He was at work, so he was fine,” she tells us.

“I sent him some photos and he just said, ‘Ah, that’s cute.’ Fred is such a confident child – if he met you he’d be your best friend in two minutes. It’s nice because we’ve never had to worry about him getting involved.”

Cara is the first to admit that life hasn’t got much quieter since her son started school as she still has her hands full with little Delilah, who she’s currently trying to potty train – without much success!

"I was changing the bed earlier and in the corner I found a really big skid mark,” she laughs. “I was like, ‘I don’t think this is Nathan and it definitely isn’t me.’ We’re trying to potty train Delilah at the minute and we leave the nappy off sometimes, so I think she’d climbed on the bed and slid off – but the sheet worked as toilet paper.

“I’m taking a win from that, because I didn’t find any poo. Maybe the dog’s eaten it!”