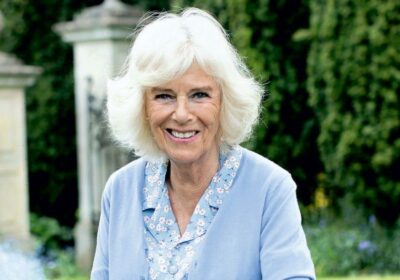 Camilla has praised Kate Middleton's photography skills, saying that "she does it very naturally".

The Duchess of Cornwall revealed that Kate has taken a number of photos of her, which will be included in a special edition of Country Life magazine for Camilla's 75th birthday.

The special edition of the magazine, which will be available from Wednesday, July 13, features a number of photographs of the royal, including one taken by Kate on its front cover.

The photo was taken at Ray Mill House, Camilla's country retreat in Lacock, Wiltshire, which is 17 miles away from the Prince of Wales ' Highgrove Home, the MailOnline reports.

Camilla has worked on the special edition of the magazine directly, serving as guest editor for it, and has spoken in an ITV documentary following her in the role.

Speaking in the documentary, Camilla said: "They are very good pictures. She does it very naturally. We had a lot of fun doing it.

"It was very relaxed and very kind that the Duchess of Cambridge came with her camera – she is an extremely good photographer. It was all very casual.

"There wasn't much hair or makeup. It was just done in the garden with a lot of laughs. It was a lovely way of doing it."

But there was one photograph in particular which caught husband Charles' eye, with Camilla saying: "This is the one I know that my husband approves of. Catherine said if anything else needed to be done she would be happy to.

"If I can get over the fact looking at myself, I think they are very nice and just what is needed for Country Life."

Kate, 40, was previously shown taking the photos of Camilla which feature in the special magazine, which was posted to Clarence House's Instagram page.

The caption read: "In celebration of The Duchess of Cornwall’s upcoming 75th birthday and the magazine’s 125th anniversary, Her Royal Highness has guest edited a special commemorative edition of @CountryLifeMagazine, to be published on Wednesday 13th July.

"Commissioned by The Duchess of Cornwall as guest editor, Her Royal Highness invited The Duchess of Cambridge to capture the cover image at her home in Wiltshire, Raymill."

In the photo Kate can be seen crouching down as she looks through the camera to get the best picture of Camilla. The mum-of-three looks casual in a pair of blue jeans, a red jacket and a pair of white trainers.

Meanwhile, Camilla could be seen wearing the outfit featuring in the magazine, a beautiful light blue dress which had a floral pattern running throughout, which she teamed with a matching cardigan.