Paris’ iconic Notre Dame cathedral caught fire on Monday, April 15, causing extensive damage to the historic structure. André Finot, a spokesperson for the cathedral, told The New York Times that the cause of the blaze is not yet known.

According to BuzzFeed, no injuries or deaths were reported as a result of the fire, which broke out minutes after the church closed to the public for the day. Approximately 400 firefighters were deployed to the structure, which was built in the 12th and 13th centuries, to try to put out the flames. Onlookers watched, both in person and through their computer screens, as the landmark building’s prominent spire and roof collapsed. 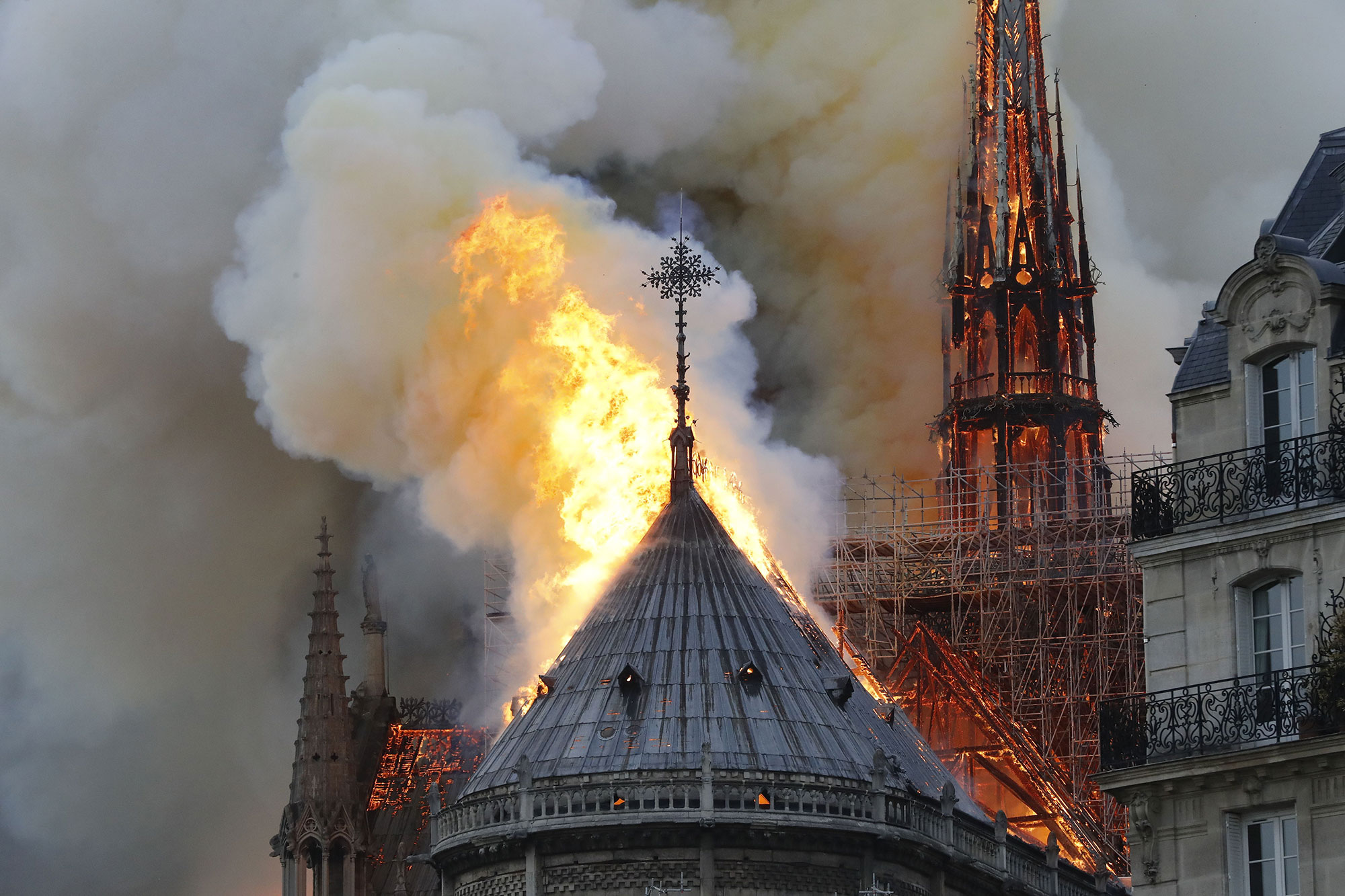 Many celebrities, including Camila Cabello and Idris Elba, were taken aback by the tragedy and shared their emotions on social media. The former Fifth Harmony member, 22, tweeted, “My heart is breaking seeing the fire at notre dame. I’ll never forget walking in the first time in Paris and being in awe of the beauty of it.”

Elba, 46, also expressed his disbelief. “I cannot believe what’s happening to Notre Dame,” he wrote on Twitter. Singer Ellie Goulding shared a video of the cathedral’s spire collapsing and noted, “Feel profoundly sad about this… so much lost in a few seconds … I am praying (which I don’t do often) for the fire to be contained soon …. utterly heartbreaking.” 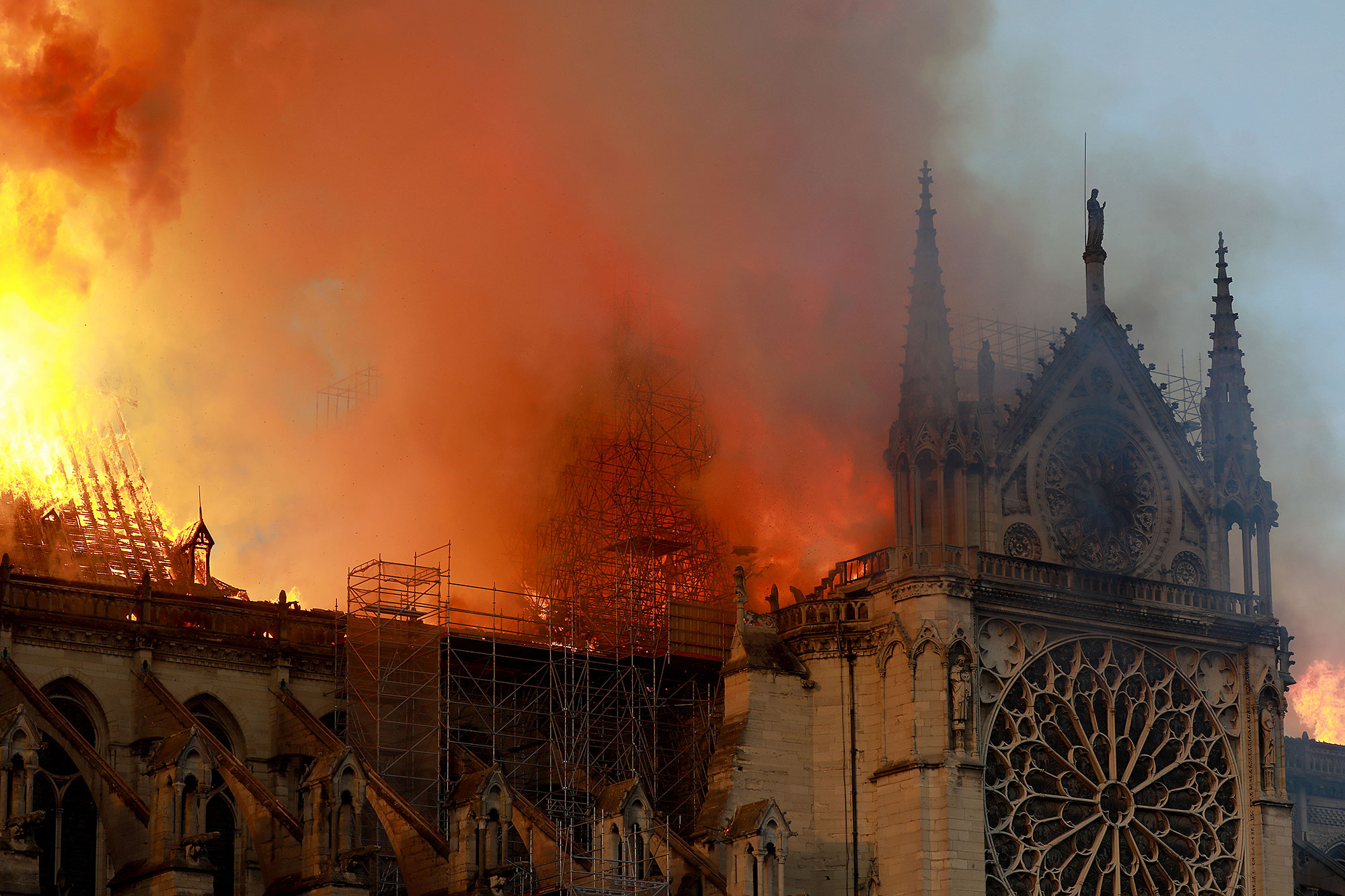 Beauty and the Beast star Luke Evans said he was “in utter shock” to witness the cathedral’s demise on television. “#NotreDame cathedral is on fire and we are watching as the world is about to lose this 850 year old historical, iconic and beautiful world heritage building,” he tweeted. “Huge huge loss.”

The Alienist alum, 40, added, “Oh my God! the towers are now on fire! Where are the fire engines? Where is the water? Where are the hoses? So helpless watching this. #NotreDameFire #NotreDameCathedral #Paris.” He also expressed sympathy for the “poor firefighter[s]” who were “almost unable to get to the flames.”

Standing here next to you, heartsick for Notre Dame…

I’m weeping. Our gift of light. Notre Dame on fire. My heart is breaking. My grandmother’s and mother’s heart home. 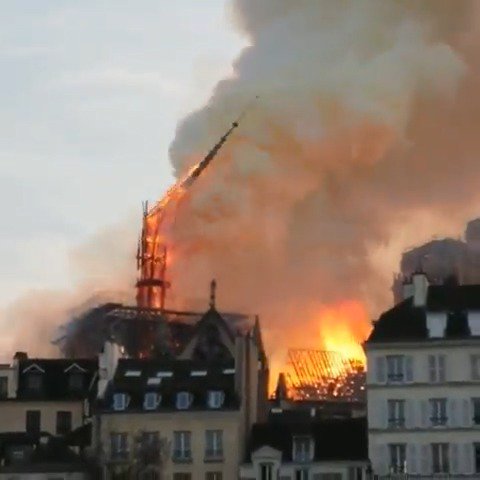 This use may include analytics, personalization, and ads.

So much history collapsing right before our eyes. Heartbroken for Notre-Dame and Paris

The giant spire of the iconic Notre Dame in Paris has fallen.

This is so sad.

This use may include analytics, personalization, and ads.

Interrupting my birthday to express how much pain I’m in watching the Notre Dame fire unfold. Such an incredible building. I’m so sad

Watching the Notre-Dame fire with such sadness. Sending love to the people of France and hoping they get a handle on it soon. It has survived, and will survive.