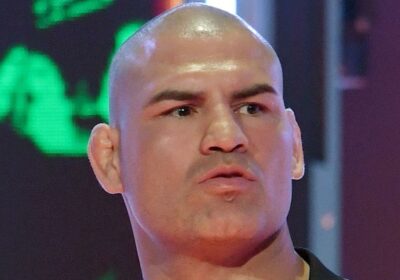 UFC legend Cain Velasquez was just denied bail again … after the man he’s accused of shooting back in February claimed he suffered serious injuries in the alleged attack.

A Santa Clara County judge denied Velaquez’s request for bail in a courtroom on Monday … following a nearly one-hour-long hearing.

During the proceedings, Velasquez’s attorneys argued — according to reporter Nolan King — that the 39-year-old should be granted bail … and said the former fighter would be willing to post $1 mil as well as have full-time supervision and/or electronic monitoring while out from behind bars.

But, prosecutors claimed Velasquez shouldn’t be granted it … saying Cain is still a threat to the alleged victims in the case.

Later during the hearing, one of the alleged victims, Paul Bender — the stepfather of Harry Goularte, who’s accused of molesting one of Velasquez’s family members — claimed he suffered nerve damage and more after Cain shot at him while he and Goularte were driving on the road.

Bender — appearing via a video conference call — claimed a bullet injured him so badly, he has damage to his fingers and can no longer work.

“I am fearful for my life as well as the lives of my family,” Bender told the courtroom, according to King.

Ultimately, following the testimony, the judge at the hearing denied Velasquez’s request for bail. Cain is now slated to remain behind bars until at least June 10.

As we reported, Velasquez — who was also previously denied bail at a hearing in March — has been in jail since he was arrested for allegedly firing multiple rounds at Goularte and Bender in a fit of anger.

He’s facing a myriad of charges stemming from the alleged incident … including one count of felony attempted murder.