If you’re trying to figure out what you and your bae should wear this coming Oct. 31, you might want to take Caelynn Miller-Keyes and Dean Unglert’s Halloween 2019 costumes as some inspiration. The two dressed up as each other at a Halloween party the weekend before the actual holiday rolled around and the results were equal parts terrifying and hilarious. How did they go about dressing up as each other, you ask? Allow me to explain.

As Miller-Keyes, Unglert dressed as a beauty queen. His look was complete with black pumps, a cute orange cocktail dress, a tiara, a full face of makeup, and a "Miss Underwood" sash. As Unglert, Miller-Keyes dressed as a man with a van. She completed her look with a fake mustache, flip-flops, fake tattoos, a tie-dye shirt, a beanie, and (of course) a toy van.

Luckily (or unluckily, depending on how you look at it) for all of us, the Bachelor alums both took to Instagram on Oct. 28 to share the simultaneously haunting and hilarious results.

Unglert hilariously captioned his carousel of pictures of the two of them at the party:

Miller-Keyes posted a different series of pictures from the same night alongside the simple caption, "Just a dirtbag and his beauty queen." She paired her caption with none other than the purple devil emoji.

Unglert commented a flirty play on Miller-Keyes’ caption on her post, writing: "just a dirt queen and his beauty bag." Hah?

For those of you who haven’t been keeping up with the couple since they were on Bachelor in Paradise together, let me give you a quick little update. Rather than getting engaged at the end of the season like other couples on the show, Miller-Keyes and Unglert made an unconventional decision by deciding to move into Unglert’s van together.

And things have apparently been going really well. Needless to say based on those Halloween pictures, the two actually are still together and very much in love. They have actually officially been together for four months now (AKA like eight years in Bachelor Nation time) and seem to be super happy together.

“We’ve been dating for almost four months now, and it’s been incredible. I’ve learned so much about myself, and he challenges me and makes me a better person," Miller-Keyes told Entertainment Tonight on Oct. 11. "In most relationships I’ve dealt with, [I’ve had] a sort of complacency….People are just complacent in their lives and they’re happy where they’re at, which is not an issue. But Dean is always searching for more and he’s making me want to better myself and search for more as well. It’s been great.” 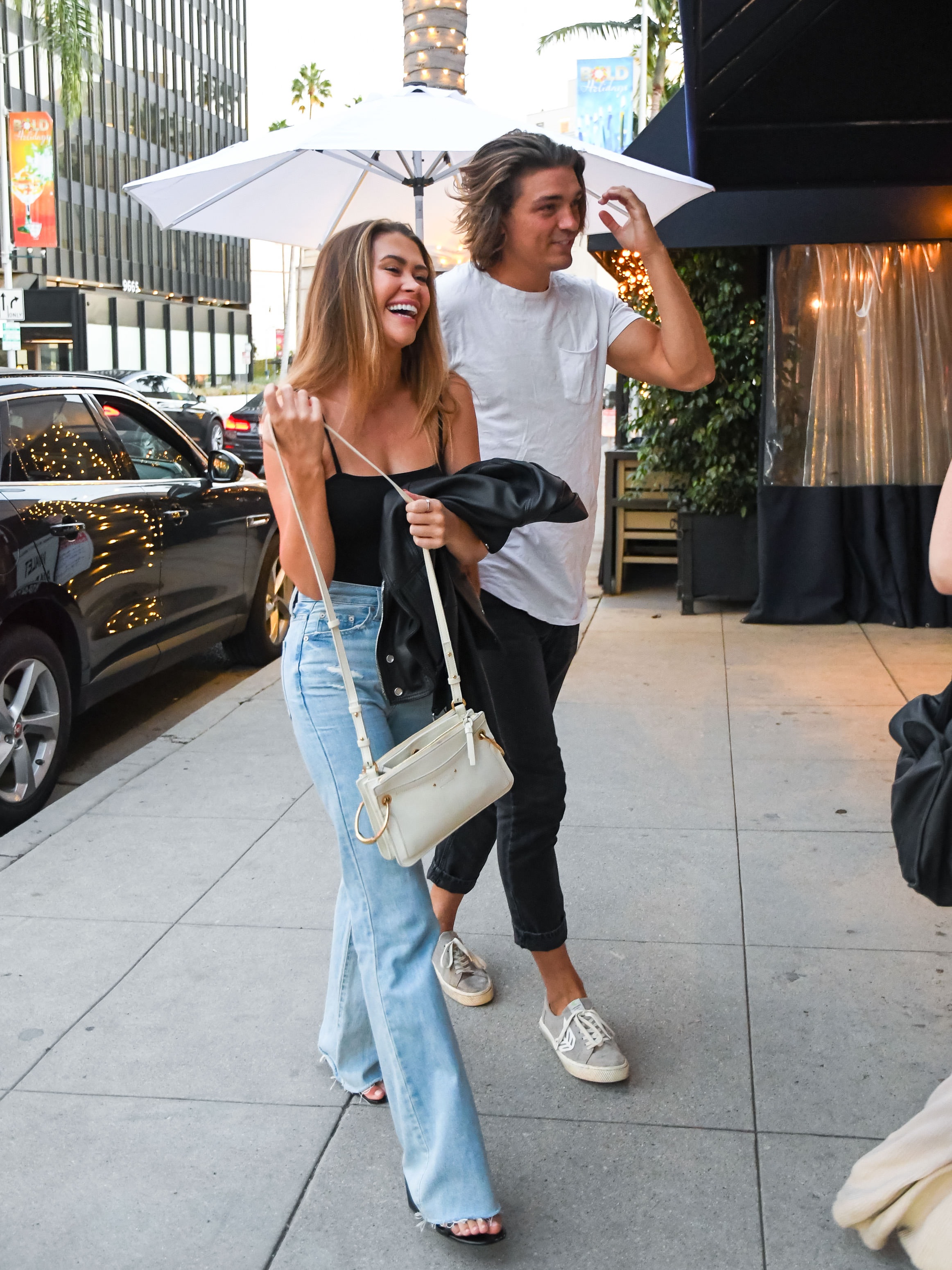 "He is the best boyfriend and I was just raving about him because he has the biggest heart out of everyone I’ve ever met," she continued. "He loves everyone he meets and just makes everyone feel so special and so loved, and he makes me feel that way, and what more can you ask for."