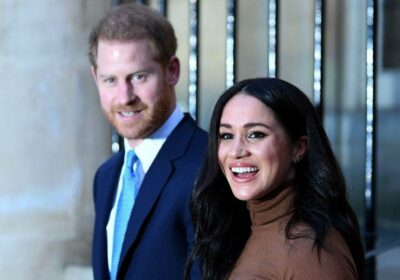 Buckingham Palace have denied reports that The Queen ordered her senior Palace aides to launch a legal fightback after hurtful attacks from her grandson, Prince Harry and his wife Meghan Markle.

It was claimed the Queen’s legal team is consulting libel experts following a string of criticism aimed at the monarch from Harry and Meghan.

A source told The Sun that Queen Elizabeth, 95, is “Exasperated with repeated attacks”.

The source said: “The feeling, coming right from the top, is that enough is enough.

"There is a limit to how much will be accepted and the Queen and Royal Family can only be pushed so far.

“They are getting lawyered up. Harry and Meghan will be made aware and know repeated attacks will not be tolerated.”

But, a Buckingham Palace spokesman denied the claims, simply calling them “pure speculation” when contacted by OK!.

This news comes a month after Prince Harry, 36, revealed that he is writing an “intimate and heartfelt” memoir detailing life experiences that is due for release next year.

The source continued: “The royals’ legal team are speaking to firms with expertise in libel and privacy.

"If someone were named in the book and accused of something directly that could be a libel and also infringe their rights to a private family life.

“It would be ironic if Harry and Meghan were accused of breaching privacy given their pronouncements on the subject.

"The legal team could also contact publishers of the book to ask for advance warning of its contents and a right to reply.

"There are concerns that the American public are falling for what Harry and Meghan say.”

The couple spoke out earlier this year in an explosive bombshell tell-all interview to American host Oprah Winfrey where Meghan, 40, claimed that there were conversations regarding the colour of her son Archie's skin.

She told the chat show host that there were "concerns" over the colour of her son's skin within the Royal Family, but she refused to name the person who said it.

Meghan revealed to Oprah: “In those months when I was pregnant, we had in tandem the conversations of him not being given security or a title, and also concerns about how dark his skin might be when he's born.

"They didn't want him to be a prince or princess, not knowing what the gender would be, which would be different from protocol, and that he wasn't going to receive security."

To read all the latest Royal news, sign up forOK!'s daily newsletter here.