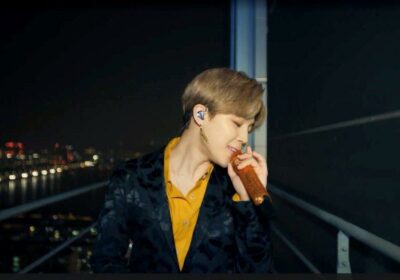 Jimin is known for his dance moves and for his award-winning singing voice. This BTS member also had a few silly moments, including creating the term “lachimolala.”

What does that word actually mean? Here’s what we know about some phrases used by ARMYs and the BTS idols.

He’s a singer for BTS, appearing on songs like “Boy With Luv,” “Butter,” and “Dynamite.” He performed solo songs like “Filter” and “Serendipity.” Jimin is also the mastermind behind the nonsense word “lachimolala,” which several fans attempted to define.

“Lachimolala,” one Urban Dictionary definition read. “The best word in the world from now on meaning ‘chim-chim’ because that HIS word and he may have meant to say carbonara but oh well… he is so cute.”

“An attempt to repeat the word carbonara, but having said it incorrectly,” another Urban Dictionary definition summarized.

Where does Jimin’s word, ‘Lachimolala,’ come from?

This may be a nonsense word, but it does have an origin. Outside of their music, the BTS members star in a variety show titled RUN BTS. For one episode, the artists played a game of telephone of sorts, where they wore headphones and attempted to decipher each other’s words while listening to music.

J-Hope was trying to mouth the word “carbonara” to Jimin, who instead interpreted it as “lachimolala.” Jimin might’ve gotten the wrong message, but the idols eventually got back to “carbonara,” thanks to Jin.

The BTS members coined phrases like ‘I purple you’

With over seven years since their debut, these members created a few nonsense words and phrases. During a visit to Hawaii, the rapper and leader of BTS, RM, gave himself the nickname Porrnesian Parrapio. On that same trip, J-Hope named Suga “Yeon Kimin.”

Maybe the best-known phrase was created by the singer and dancer, V. That’s “I purple you,” a saying meaning more than “I love you.” There’s even an anniversary celebrating the creation of “I purple you,” which V first explained the meaning of during the BTS 3rd Muster in November 2016.

“I wish I could see you for a long time just like the meaning of purple,” he said. “We will always trust you and go up the stairs with you. You don’t need to help us all the time. You can hold our hands and follow us now. We’ll go up really high. I’ll make it nice.”

The “Boy With Luv” music video is available on YouTube. Music by BTS, including their recently released album, Map of the Soul: 7, is available for streaming on Spotify, Apple Music, and most major platforms.