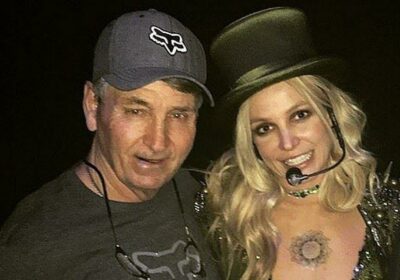 Jamie Spears disagrees with his superstar daughter after she nominated John Zabel to take over his duty as a conservator, insisting the accountant is not qualified to oversee her estate.

AceShowbiz –Britney Spears‘ father is objecting to the singer’s pick to replace him, insisting he’s not experienced enough to manage her affairs and fortune.

In new legal documents obtained by TMZ, Jamie Spears has made it clear he’s not a fan of John Zabel, the certified public accountant Spears and her attorney, Mathew Rosengart, have nominated to succeed him as temporary conservator of her estate.

Jamie claims that just because Zabel is an accountant, it doesn’t make him qualified to be a fiduciary – a person who holds a legal or ethical relationship of trust – especially as a conservator, and he’s concerned Zabel might be in over his head, stating he would have to “hit the ground running.”

Britney’s dad has previously suggested his daughter’s 13-year conservatorship should end when he officially relinquishes the role of conservator at a hearing on Wednesday (29Sep21).

New York Times’ “Controlling Britney Spears” revealed the lengths of control the conservators had over her. The singer’s phone was allegedly cloned and her bedroom was bugged so that her handlers could closely monitor her.

Meanwhile, Netflix’s “Britney vs Spears” put her former manager Sam Lutfi under scrutiny as he was blamed for her public meltdown before the conservatorship. He was accused of drugging the pop star, which led to her downfall. He was quick to deny the accusations, insisting he’s become a spacegoat.