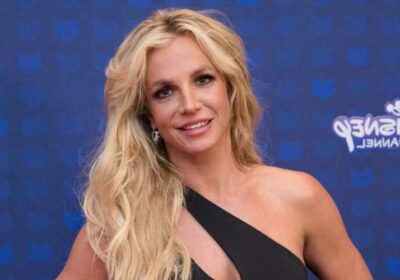 Britney Spears is under investigation for battery following an alleged altercation with an employee inside her home. On Thursday, People confirmed that the staffer contacted the Ventura County Sheriff's Department and filed a report claiming that Spears "struck them during a dispute."

According to the outlet, there were no injuries, and as a next step, the investigation will be forwarded to the attorney's office for review. However, a source close to the singer says the report is a "complete fabrication," revealing that she "didn't hit anyone." The insider added, "The housekeeper was holding her phone and Britney tried to knock it out of her hands." TMZ reported that the incident took place after Britney's housekeeper took her dog to the veterinarian and they began to argue when the staffer expressed concern over the dog's wellbeing. On Friday morning, the outlet also revealed that the songstress's dogs were taken from her earlier this month, which triggered the confrontation between Britney and the housekeeper.

Per TMZ, the housekeeper showed Britney photos she had taken on her cellphone of the dogs that were seemingly neglected. This upset Spears, and she allegedly responded by hitting the housekeeper's arm.

Spears's lawyer Mathew Rosengart has not commented on the incident.