Britney Spears shared an Instagram video with fans saying she’s ‘fine’ and very ‘happy’ after her two week absence from posting began to trouble her followers.

Britney Spears has been on such a prolific Instagram posting run since the beginning of summer 2020 that her two week absence from her page had fans fearing for her well-being. The 38-year-old pop princess hadn’t shared any content since Oct. 19, causing followers to be worried about her, especially as she’s caught in a battle over who is controlling her conservatorship. Things became particularly concerning when her own lawyer on Oct. 7 likened Britney’s mental capacity to that of a “comatose patient.” But the singer returned to her IG page on Nov. 2 to let everyone know she’s perfectly fine and better than ever.

Britney appeared in a video wearing a white long sleeve, off-the-shoulder peasant crop top and her trademark low-rise tan shorts. “Hi. So I know there have been a lot of comments and a lot of people saying different things about me. But I just want to let you guys know that I am fine. I’m the happiest I’ve ever been in my life,” Britney explained, while pausing to look off camera. “And I’m sending you guys a lot of prayers, wishes and a lot of love,” she added.

Some fans weren’t sure they believed her message. User @heyclairekay commented, “Hoping that these are true statements,” while @rudybundini told Britney, “We are concerned for some really legit reasons.” @jaynedoe1281 claimed, “If you have to tell people you’re fine and you look like this, you’re not fine,” as fan @gtelys wrote, “Man she looks terrified to me.” 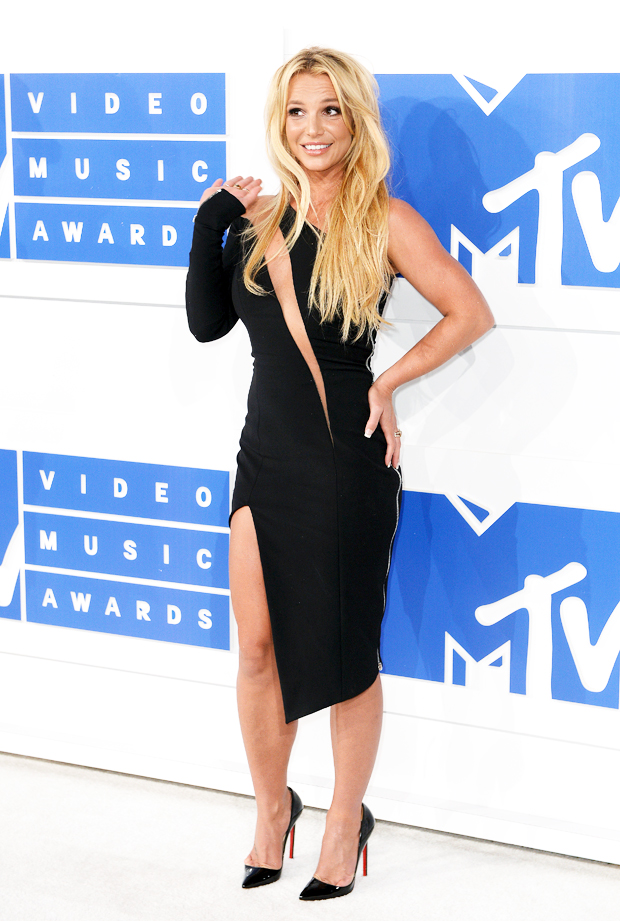 However, others were so thankful for Britney’s video. @omarthadon told the star, “We love you Britney,” while @britneythesagi wrote, “Love you so much! Thanks for checking in with us. We’re rooting for you!” User @misterpreda said of Brit’s proclamation of happiness, “that’s all that matters. love you b!” as @sl04n told the superstar, “I’m glad you’re okay. welcome back to IG.”

Britney then made up for lost time when it came to content, quickly posting very familiar material for her die-hard fans. She shared a close-up facial selfie with her summer bangs, which she wrote was taken over Halloween weekend. Brit then followed it up with a video of her wildly twirling in circles in her living room, while wearing a black Calvin Klein sports bra and blue patterned boy shorts. She noted her love of dancing in the caption, and fans breathed a sigh of relief in the comments that the Brit they know and love from the ‘gram seemed to be back in full-force.

Performing for thousands of people is a cool feeling ….. but I also find joy in dancing for myself 💃🏼 !!!!! The language of dance is really beautiful 🌸🌹⭐️ !!!! You say so much without saying a word … using your body to express the way you feel !!!! Live and express your body any way you want 💋💋💋!!!!!!! @shaedband

“Dancing is such a vulnerable thing!!!!” the mother of two wrote in the caption. “Performing for thousands of people is a cool feeling….but I also find joy in dancing for myself!!!!! The language of dance is really beautiful!!!! You say so much without saying a word…using your body to express the way you feel !!!! Live and express your body any way you want,” she added. And just like that, Britney was totally back to her usual Instagram self.