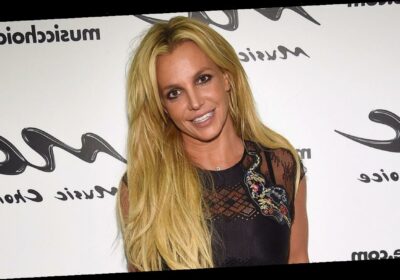 A judge ruled that Britney Spears’ father, Jamie Spears, and Bessemer Trust will have equal power over her finances, according to court documents obtained by ET.

The decision was made on Thursday, after Jamie submitted a proposed order where he argued that some of his powers have been stripped away when he and Bessemer Trust became co-conservators of Britney’s estate in November. Britney’s attorney, Samuel Ingham, had previously claimed that “it would be highly detrimental to Britney’s interest” to give Jamie any more control over her estate.

Per the documents, during Thursday’s hearing, Jamie’s attorney, Vivian Thoreen, argued that Bessemer Trust should indeed have equal power, but that Jamie should still have some of the powers vested to him when he became sole conservator of the estate in 2019, such as being able to delegate investments.

Ingham, meanwhile, expressed that he believed the language Jamie was using created confusion and would allow Jamie to select his own investors outside of Bessemer Trust. The singer’s mother Lynne Spear’s attorney was also present.

According to the documents, Ingham once again claimed that it’s no secret that Britney does not want her father as co-conservator, noting that his removal is a separate issue. However, Thoreen stated that back in 2019, Britney allegedly did agree to her father becoming sole conservator of the estate after Andrew Wallet left, the docs state.

Ultimately, the judge overruled Jaime’s objections and signed the order giving him and Bessemer Trust equal power. Both sides are to work together on an investment plan and budget proposal for the future. The next court date is set for March 17.

In December, the “Sometimes” singer’s conservatorship was extended until Sept. 3, 2021.

Britney and her conservatorship, meanwhile, have been making headlines after The New York Times‘ unauthorized Framing Britney Spears documentary premiered last week. The doc explores everything from the pop star’s rise to fame to her portrayal in the media, along with her ongoing conservatorship battle with her father.

Britney seemingly reacted to the new documentary on her own Instagram account. On Tuesday, the 39-year-old singer posted a video of herself performing “Toxic” three years ago.

“I’ll always love being on stage…but I am taking the time to learn and be a normal person,” she captioned it. “I love simply enjoying the basics of every day life !!!!”

“Each person has their story and their take on other people’s stories !!!! We all have so many different bright beautiful lives 🌹🌸🌷🌼!!!” she continued. “Remember, no matter what we think we know about a person’s life it is nothing compared to the actual person living behind the lens 📷✨ !!!!”