Bradley Walsh: The Chase host speaks out after star caused ‘CHAOS’ on his brand new show Bradley Walsh, 58, reflected on a chaotic moment from his new show Bradley Walsh’s Late Night Guestlist during an appearance on The One Show recently. The Chase host spoke to presenters Angellica Bell, 43, and Patrick Kielty, 48, about a particularly bizarre game from the programme involving Joe Pasquale, 57, and Piers Morgan, 54. Alex Jones’ stand-in initiated the conversation as she asked: “What did Joe Pasquale bring?” Bradley giggled with glee as he admitted the mischievous comedian brought “chaos” and “mayhem”.

The One Show then showed a clip of Joe’s antics, prompting the Doctor Who star to reveal what exactly happened.

The video showed Joe moving slowly towards a blindfolded Bradley on a conveyor belt with just a nappy on.

He attempted to provide commentary for the clip, as he began to explain: “This is a game…”

However, the TV personality was eventually lost for words while watching Joe get closer and closer to him as Angellica joked: “Nobody needs to see this!”

Fortunately, Bradley managed to gather himself to explain to viewers: “That’s a game between myself and Piers, and then there was a forfeit afterwards.” 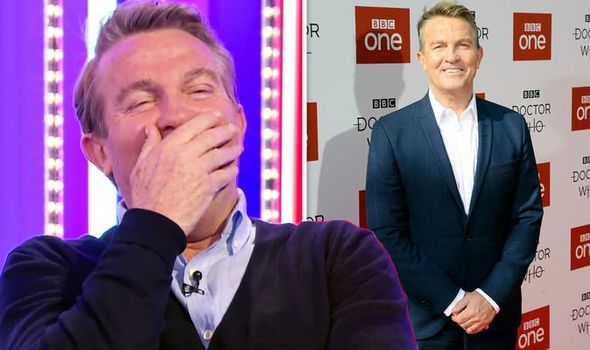 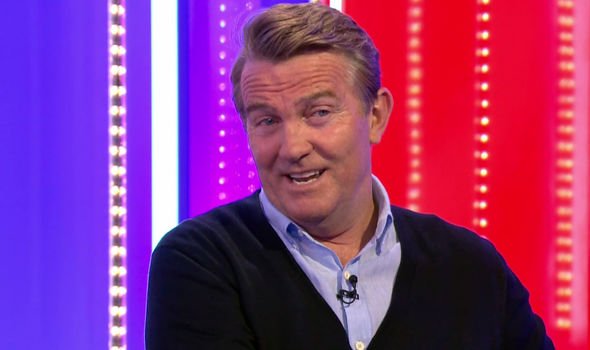 Members of the audience were also invited on stage in an attempt to win prizes.

Elsewhere, it was recently revealed that Bradley was previously involved in a romance with one of the Nolan sisters.

The small-screen star, who has been married to former dancer Donna Derby since 1997, dated Bernie Nolan for three years after they met in 1989.

The former couple were introduced by Bernie’s sister Coleen, 54, and her ex-husband Shane Ritchie, 55.

Bernie, who lost her battle with breast cancer six years ago, previously told The Mirror Bradley sent her romantic gifts to get her attention. 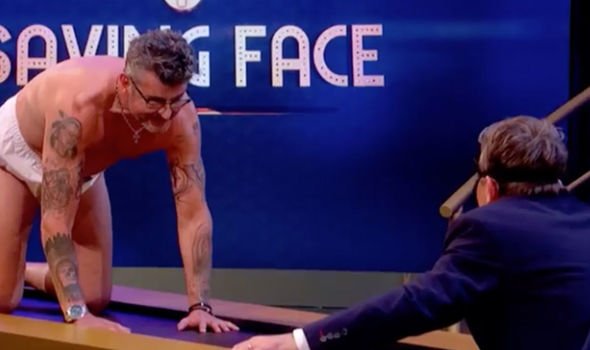 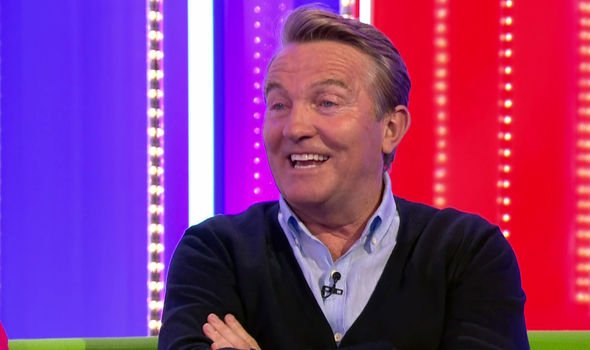 However, their relationship changed when the singer heard Bradley was an alleged womaniser.

She told the publication: “I quickly realised that whatever Brad did, there would be a woman involved.

“If he had tennis lessons, it would be with a woman. If he was in a show, he was surrounded by dancers.

“I was with him one day and a woman phoned him. I could hear her talking and it was obvious she was upset about something.”

Bradley reportedly explained to Bernie the woman’s “flat got burgled” at the time.

Unfortunately, she later discovered this was not the case, adding: “It was only later I found out from a mutual friend that there hadn’t been a burglary and the other woman was upset for far more obvious reasons!”