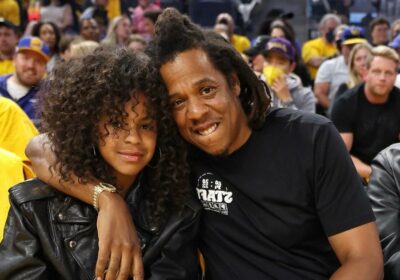 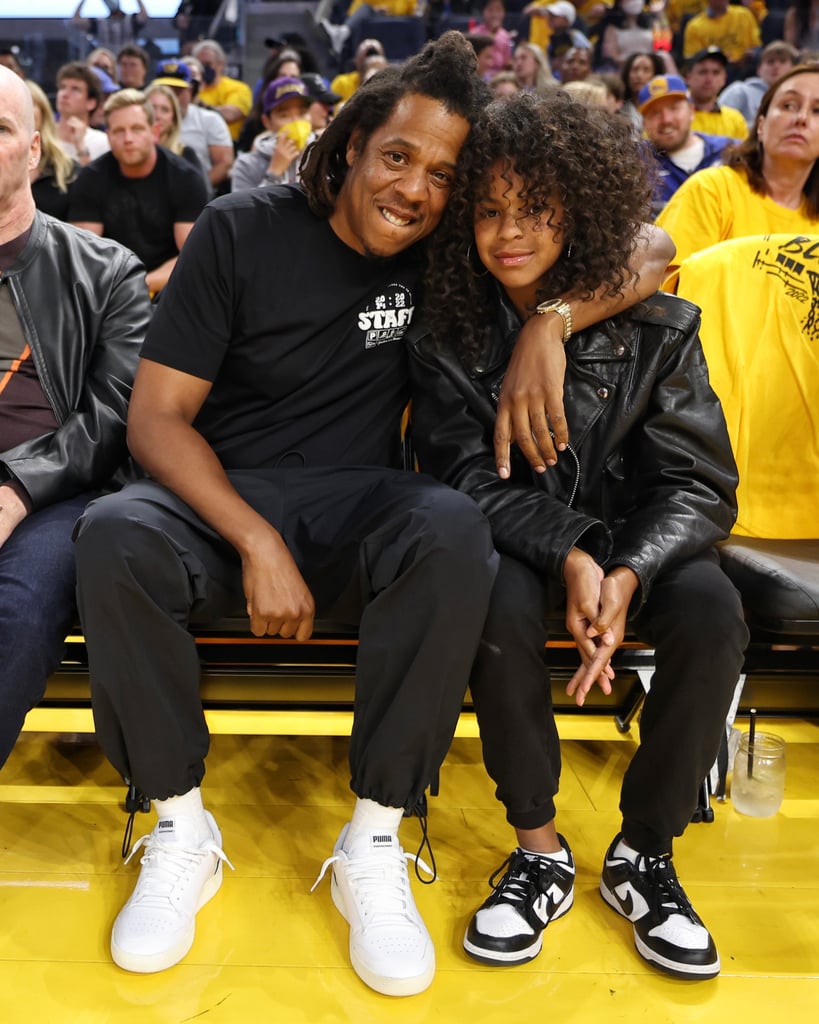 Blue Ivy Carter is growing up right before our eyes! On June 13, the 10-year-old accompanied her father, JAY-Z, to game five of the NBA Finals, where the Golden State Warriors and Boston Celtics faced off against each other at the Chase Center in San Francisco. The two Grammy winners sat courtside at the arena in their matching all-black outfits.

Proud dad JAY-Z happily posed for the cameras and hugged Blue Ivy while she hilariously shrugged him off after telling him not to touch her hair. But that didn’t faze JAY-Z as he responded by giving her a sweet kiss on the cheek. Blue Ivy channeled her mother, Beyoncé, as fans raved over how much she looked like the singing icon.

JAY-Z and Blue Ivy always share the cutest moments when they’re together. The father-daughter duo previously made a moment out of Super Bowl LVI when they snapped photos together and tossed a football around on the sidelines of the SoFi Stadium in Inglewood, CA. Not to mention, Blue Ivy made a surprise appearance in JAY-Z and Beyoncé’s Tiffany & Co.’s “About Love” campaign last year, crashing the couple’s romantic “Breakfast at Tiffany’s”-themed date night.

See all of Blue Ivy and JAY-Z’s sweet photos from the NBA Finals here.