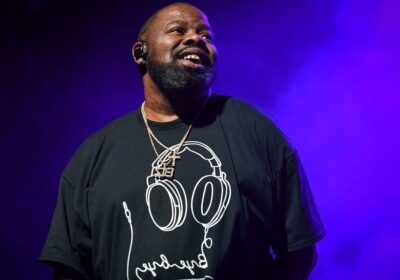 Celebrated hip hop artist Biz Markie is being honored after his death.

The artist, best known for his 1989 single “Just a Friend,” died this week after more than a year of serious health complications. Markie’s brother, Diamond Shell, confirmed the news on Facebook on Friday. “To the baddest in the beats icon legend … my brother BIZ MARKIE,” he wrote. “I’LL miss you more than words ….”

In July 2020, news broke that Biz Markie had been hospitalized for several weeks due to complications from Type 2 diabetes. He later suffered a stroke while in the hospital, according to a report from HipHipDX in December.

Born Marcel Theo Hall in Harlem, New York, in 1964, Biz Markie grew up in Long Island and released his debut album, Goin’ Off, in 1988. His follow-up album, The Biz Never Sleeps, dropped the following year, and proved to be one of his biggest successes, featuring “Just a Friend.” The album was certified Gold by the RIAA in 1990. Biz Markie released three other studio albums — 1991’s I Need a Haircut, 1993’s All Samples Cleared! and his final original album, Weekend Warrior, in 2003.

The artist also had numerous cameos and appearances in movies and TV shows, often playing fictionalized versions of himself, including Black-ish, Empire, Sharknado 2: The Second One and Men In Black II, among many others.

After news broke of his death famous friends like LL Cool J posted tribute to their social media. “Rest in power Biz..I love you bro,” he captioned the post.

“Rest In Power to one of my all time heroes. F**k. Nobody beats the Biz. ❤️,” Jonah Hill also posted.

See more tribute from friends and followers below:

First thing on my mind waking up this morning… I’m gonna miss my guy… 🙏 #BizMarkiepic.twitter.com/pdBy96faCp

My prayers and condolences go out to the family of the iconic Biz Markie. Much love brotha 🙏🏾 #rip#bizmarkiepic.twitter.com/zXMqZkwkaX

REST IN PEACE @BizMarkie THANK YOU FOR THE INSPIRATION #BIZMARKIEpic.twitter.com/Lv7aIkAeV7

This man made me laugh, cry, and feel such joy. You will be missed !! The incomparable #bizmarkie Not just a friend, an inspirational soul. Rest In Peace pic.twitter.com/CDmVKSxNFb

Rest in perfection! #bizmarkie was my muse! Met him at big hip hop party 🎈 in mannyhatty back in the day! What tight bro! pic.twitter.com/X8vSoUDSUU

When Tip & Phife starting doing
The Biz Dance in rehearsal, I knew we had the end of our movie.#BizMarkiepic.twitter.com/HyaE7nMQmR