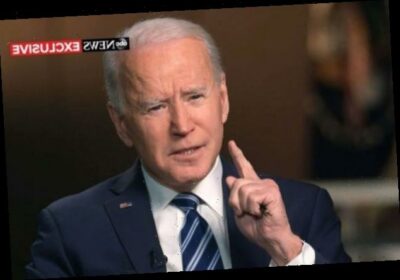 As some polling reveals almost half of Republican men are unwilling to get the COVID-19 shot, the president speaks out

President Joe Biden said Wednesday that to be a true “patriot,” each American should get the COVID-19 vaccine.

Amid growing concern over polling that shows almost half of Republican men would refuse the vaccine, Biden spoke out on “Good Morning America” about the politicization of immunization.

“Well, they have calmed down a great deal,” he went on. “But I don’t quite understand, you know, I just don’t understand this sort of macho thing about, ‘I’m not gonna get the vaccine. I have a right as an American, my freedom to not do it.’ Well, why don’t you be a patriot? Protect other people.”

The comments were aired one day after former president Donald Trump also told his supporters to get vaccinated after days of on-air fretting across the cable news channels about his failure to do so. Trump encouraged Fox News viewers to get a COVID-19 vaccine during a Tuesday evening interview with Maria Bartiromo, while also agreeing that they could “live by” their “freedoms.”

“I would recommend it and I would recommend it to a lot of people that don’t want to get it, and a lot of those people voted for me, frankly. But, you know, again, we have our freedoms and we have to live by that. And I agree with that also,” Trump said. “But it’s a great vaccine, it’s a safe vaccine and it’s something that works.”

On Monday, MSNBC’s Joe Scarborough said that if Trump was going to continue taking credit for the vaccinations happening under the Biden administration, he should tell his followers to get the vaccine. Shortly thereafter on CNN, the Trump administration’s COVID testing czar, Admiral Brett Giroir, made a similar appeal to both Trump and former vice president Mike Pence.

Last Thursday, CNN released polling that revealed 47% of Trump supporters — and 41% of Republicans in general — said they wouldn’t get a vaccine if one were made available to them.