After making history as the most-awarded woman in Grammys history last night, Beyoncé had every reason to celebrate—and she did so in head-to-toe sequins.

When the hybrid virtual Grammy Awards ceremony ended, Beyoncé slipped out of her ruched black minidress and custom Schiaparelli earrings, and into a silver sequined long-sleeved gown and matching turban, which included a sheer veil. Over the custom Burberry gown, the singer continued to make a statement in a bejeweled corset with dangling crystals. Her hoop earrings, courtesy of Lorraine Schwartz, featured pear shape diamond drops with over 50 carats of diamonds. 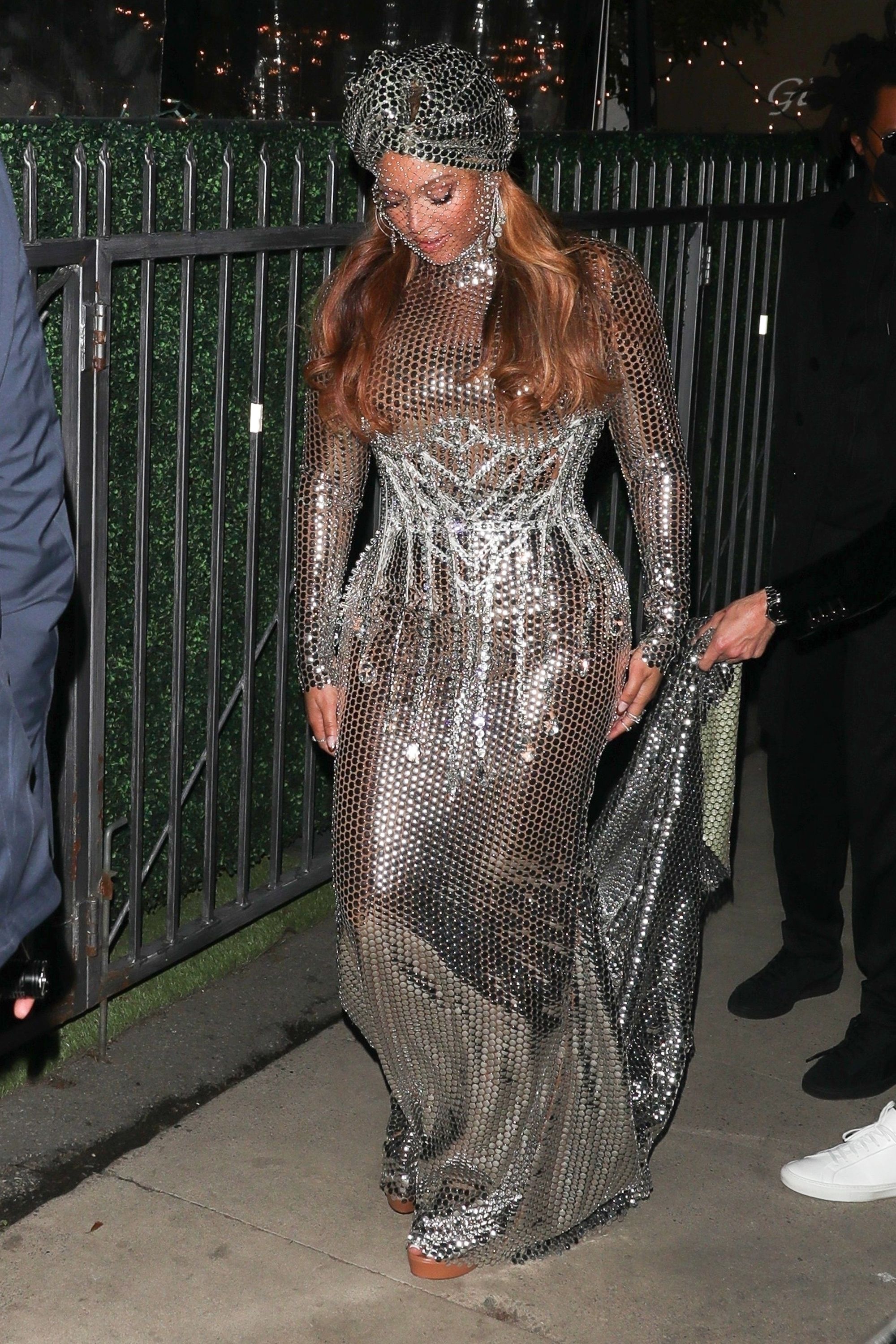 Last night, the singer won her 28th Grammy Award, becoming the female artist and singer (male or female) with the most awards in Grammy history.

Her wins of the night included Best Rap Performance for her remix of Megan Thee Stallion’s “Savage,” Best R&B Performance for “Black Parade,” and Best Music Video for “Brown Skin Girl.” In total, she’s earned 79 nominations throughout her career.

“As an artist, I believe it’s my job and all of our jobs to reflect the times,” Beyoncé said last night during her acceptance speech for “Black Parade.” “It’s been such a difficult time. So I wanted to uplift, encourage, and celebrate all of the beautiful Black queens and kings that continued to inspire me and inspire the whole world.”

Addressing the history-making moment, she said, “This is so overwhelming. I’ve been working my whole life, since nine years old. I can’t believe this happened. This is such a magical night. Thank you so much. I know my daughter is watching, two daughters and my son, y’all all are watching.”